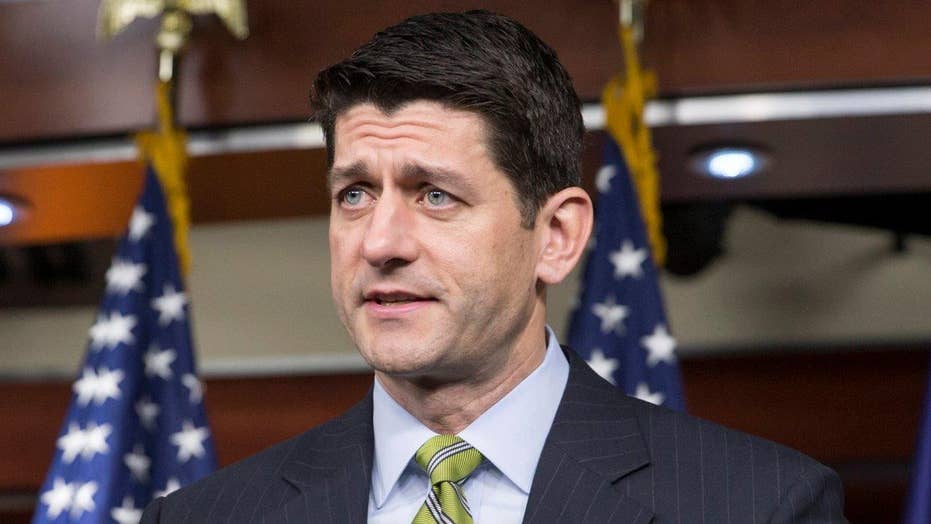 House Speaker Paul Ryan said Thursday it’s looking “more likely” the Republican Party will face an open convention in July – meaning, a floor fight to pick a nominee – and that Donald Trump and the party might want to accept that “reality.”

Ryan discussed the possibility with reporters as he noted he’s the chairman of the convention and will have to “bone up on all the rules.” He openly acknowledged that – even as Trump puts away another round of primary victories – a convention where no candidate has reached the necessary 1,237 delegates could actually happen this year.

“Nothing has changed other than the perception that this is more likely to become an open convention than we thought before,” Ryan said. “So, we're getting our minds around the idea that this could very well become a reality, and therefore those of us who are involved in the convention need to respect that.”

He said his role as speaker is to be “dispassionate and to be Switzerland,” and ensure that delegates abide by the rules in making their decisions.

Ryan also tried to tamp down speculation he might be put forward as an eleventh-hour alternative to front-runner Trump. This, after ex-Speaker John Boehner made an off-the-cuff comment that he’d back Ryan if Republicans are stymied on choosing one of the three remaining candidates.

“It's not going to be me. It should be somebody running for president,” Ryan told reporters.

Trump, with each set of wins, has tried to look ahead to the general election contest, which he presumes will be against Hillary Clinton. He declared once again Tuesday that he would win the nomination.

But speculation swirls over the possibility that Trump might not clinch the nomination before July.

On the Democratic side, Senate Minority Leader Harry Reid, D-Nev., accused Republicans of fostering the conditions for years that allowed Trump’s candidacy to thrive. Reid said if Majority Leader Mitch McConnell wonders where Trump came from, “He should take a look in the mirror.”

He said the anti-Muslim rhetoric on the right “spawned Donald Trump,” as did “anti-Latino” sentiments.

“The Republican Party has become without question the party of Trump,” Reid said.

Ryan said Thursday he doesn’t think he’ll have to denounce Trump’s campaign overall based on his rhetoric.

But he did scold Trump over a comment that there could be “riots” if he doesn’t win at the convention.

Ryan said to hint at violence is “unacceptable.”