Supreme Court Justice Ruth Bader Ginsburg announced she has been undergoing chemotherapy since May but says she "remains able to do the job full steam."

Supreme Court Justice Ruth Bader Ginsburg has been undergoing chemotherapy treatment since May because of a recurrence of cancer, the justice said in a statement Friday.

“I have often said I would remain a member of the Court as long as I can do the job full steam,” Ginsburg said. “I remain fully able to do that.”

The announcement comes after being discharged from the hospital earlier this week for another health issue.

Her hospitalization this week was unrelated to the cancer treatment, the justice said in the statement. Tuesday's hospital stint was to remove gall stones and treat an infection, the court said. She was discharged one day later. 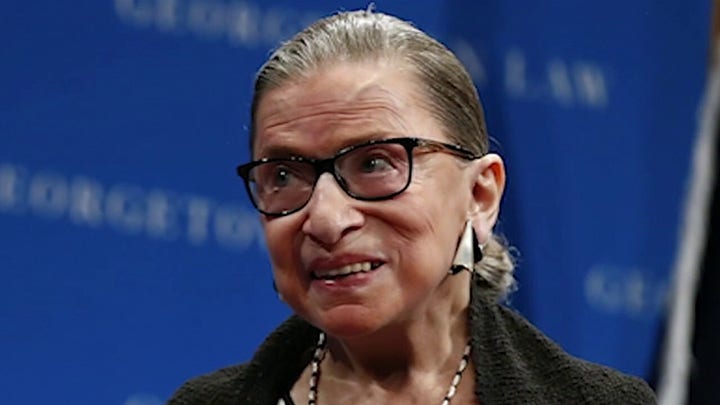 The liberal justice, 87, has faced a slew of health concerns in recent years. She has previously revealed several bouts with cancer including colorectal, pancreatic and lung cancers.

In Friday's statement, Ginsberg said she began chemotherapy this spring after a periodic scan followed by a biopsy revealed lesions on her liver. The chemotherapy is "yielding positive results," she said, after a July 7 scan indicated a significant reduction of the liver lesions and no new disease.

Ginsberg said she will continue to receive bi-weekly cancer treatment but is able to maintain an "active daily routine."

In May, Ginsburg was hospitalized with an infection caused by a gallstone.

In November, she was admitted to Johns Hopkins Hospital after experiencing chills and a fever.

In 2018, she was hospitalized with three fractured ribs after a fall at her office.

During a White House press conference on Tuesday, a reporter told the president about the most recent hospitalization.

“I wish her the best,” President Trump said.