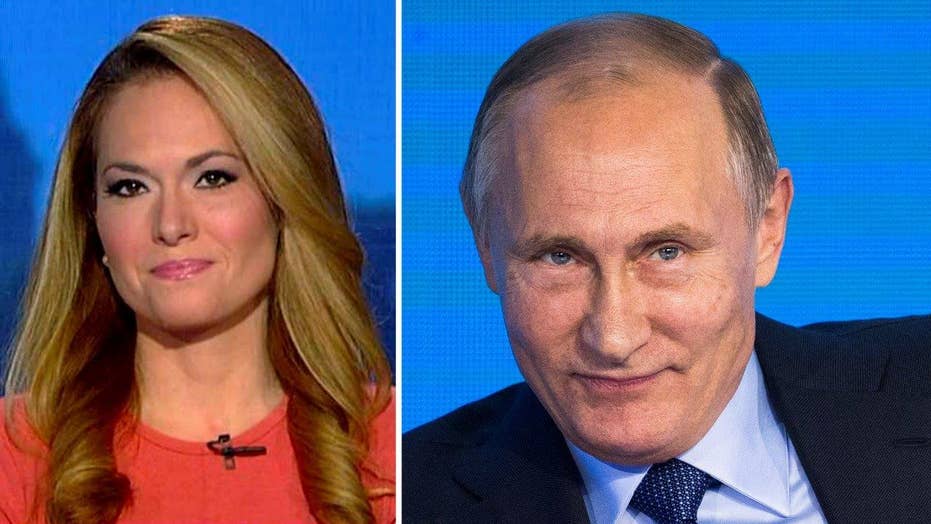 Gillian Turner on how US can combat Russian aggression

Rep. Devin Nunes, R-Calif., chairman of the House intelligence committee, and Rep. Mac Thornberry, R-Texas, who leads the House Armed Services Committee, sent President Barack Obama a two-page letter to express their "urgent concern" over what they described as Russia's "near-decade-long pattern of violations that undermine this seminal arms control treaty and place it on the verge of collapse."

Russia has rejected accusations that it has violated the Intermediate-Range Nuclear Forces Treaty, which President Ronald Reagan signed with Soviet leader Mikhail Gorbachev in 1987. The treaty, which helps protect the security of the U.S. and its allies in Europe and the Far East, prohibits the United States and Russia from possessing, producing or test-flying a ground-launched cruise missile with a range of 300 to 3,400 miles.

Late last year, Brian McKeon, principal deputy undersecretary of defense for policy, told Congress that Russia had already tested a ground-based system well into the ranges covered by the INF treaty. McKeon didn't accuse Russia of any other violations, which would include producing the missiles. But in their letter, Nunes and Thornberry wrote, "It has become apparent to us that the situation regarding Russia's violation has worsened." They didn't elaborate.

Russia says the U.S. has failed to provide evidence to prove allegations of Russian breaches and it also has alleged that some elements of the U.S. missile defense shield violate the treaty.

During last year's congressional hearing, McKeon also said that the Joint Chiefs of Staff had conducted a military assessment of the threat posed to the U.S. or its allies if Russia were to deploy one of the cruise missiles in Europe or the Asia-Pacific region.

The Obama administration has been weighing a range of responses, including deploying land-based missiles in Europe that could pre-emptively destroy the Russian weapons. This option is among possibilities the administration is considering as it reviews its entire policy toward Russia in light of Moscow's military intervention in Ukraine, its annexation of Crimea and its airstrikes against U.S.-backed forces fighting against forces loyal to Syrian President Bashar Assad.

"We understand that your administration is not permitting the military to pursue the options recommended to you by former Chairman of the Joint Chiefs of Staff Martin Dempsey," Nunes and Thornberry wrote.

State Department spokesman John Kirby said the administration is reviewing the letter. He said senior U.S. officials, including Secretary of State John Kerry, have raised U.S. concerns about Russia's lack of compliance with their Russian counterparts.

"We have made very clear our concerns about Russia's violation, the risks it poses to European and Asian security, and our strong interest in returning Russia to compliance with the treaty," Kirby said.