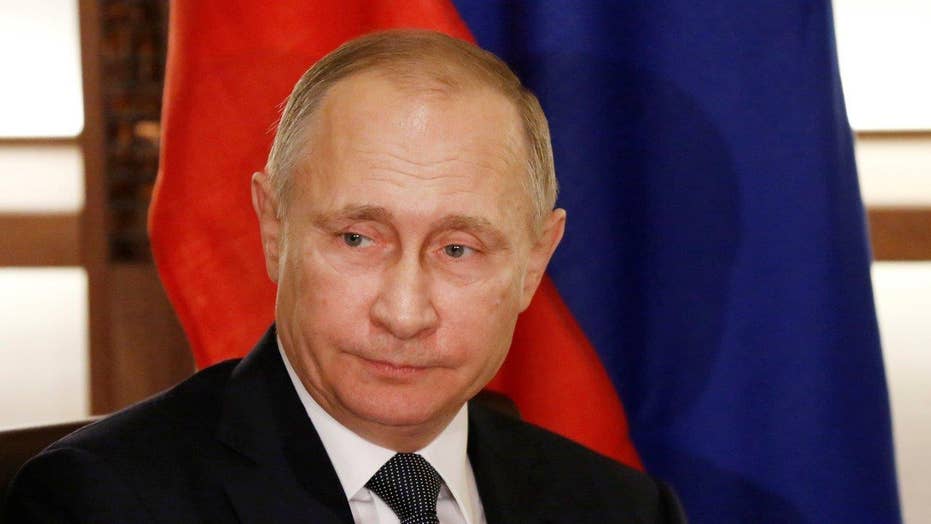 The foreign minister dismissed the 'stupidity' of the reported Putin involvement; Catherine Herridge has the details on 'Special Report'

Russian hackers tried to penetrate the computer networks of the Republican National Committee, using the same techniques that allowed them to infiltrate its Democratic counterpart, according to U.S. officials who have been briefed on the attempted intrusion.

But the intruders failed to get past security defenses on the RNC’s computer networks, the officials said. And people close to the investigation said it indicated a less aggressive and much less persistent effort by Russian intelligence to hack the Republican group than the Democratic National Committee. Only a single email account linked to a long-departed RNC staffer was targeted.

The disclosures came as a political furor grows over suspected Russian hacking of U.S. political organizations. The Central Intelligence Agency has concluded that Russian hackers, whom analysts say work for that country’s military and intelligence apparatus, stole emails from the DNC, as well as another Democratic organization and the chairman of Hillary Clinton’s presidential campaign, to harm her candidacy and boost Republican Donald Trump’s chances of winning. Russia has denied the allegations.

The possibility that Russians tried and failed to infiltrate the RNC doesn’t necessarily conflict with the CIA’s conclusion. A senior U.S. official said analysts now believe what started as an information-gathering campaign aimed at both parties later took on a focus of leaked emails about Mrs. Clinton and Democrats.

Mr. Trump has discounted the U.S. intelligence assessments and disparaged intelligence officials. In a Twitter message Thursday, he wrote: “If Russia, or some other entity, was hacking, why did the White House wait so long to act? Why did they only complain after Hillary lost?”