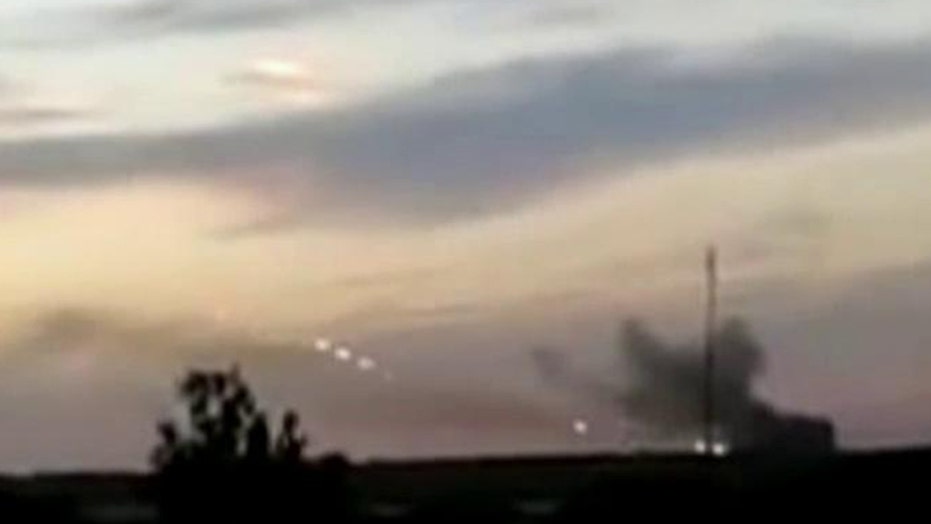 Military involvement in Ukraine conflict could be a game-changer

Russia on Saturday accused the United States of contributing to the Ukraine crisis and suggested that Obama administration “lies” about Moscow’s involvement in the downed Malaysian jetliner led European nations to impose new sanctions.

The country’s Ministry of Foreign Affairs said the U.S. is conducting "an unrelenting campaign of slander against Russia, ever more relying on open lies."

The administration has said since the passenger jet carrying 298 people was downed over Ukraine July 17 that it has evidence suggesting Moscow supplied the rocketry and training to the pro-Russian military forces, or separatists, opposed to the Ukraine government and believed to be behind the deadly crash.

Ukraine residents this winter ousted pro-Moscow President Viktor Yanukovich and in May elected a new, pro-Western president, Petro Poroshenko. Moscow has opposed the political revolution and in March annexed the eastern Ukraine city of Crimea.

The foreign ministry said in a separate statement this weekend that the U.S. continues to push the new government into the “forceful repression” of Ukraine's Russian-speaking population.

“There is one conclusion: The Obama administration has some responsibility both for the internal conflict in Ukraine and its severe consequences,'' the ministry said.

Russia also said the new round of European sanctions, which followed ones issued July 16 by the U.S., endanger the fight against international terrorism.

The European Union sanctions announced on Friday impose travel bans and asset freezes on 15 people, including the head of Russia's Federal Security Service and the head of the agency's department overseeing international operations and intelligence. Four members of Russia's national security council are also on the list.

The foreign ministry said the sanctions show the EU is taking "a complete turn away from joint work with Russia on international and regional security, including the fight against the spread of weapons of mass destruction, terrorism (and) organized crime."

"We are sure the decisions will be greeted enthusiastically by international terrorists," the ministry said in a statement.

Both statements follow White House Press Secretary Josh Earnest saying that Washington regards Moscow as involved in the downing of Malaysia Airlines flight MH17, because it allegedly supplied the missile systems to the rebels and trained them on how to use them.

"We have concluded that [Russian President] Vladimir Putin and the Russians are culpable for this tragedy," Earnest said.

The foreign ministry complained that such allegations have not been backed up with public evidence and it sneered at Earnest for saying they are backed up claims on social media.

"In other words, the Washington regime is basing its contentions on anti-Russian speculation gathered from the Internet that does not correspond to reality," the ministry said.