Conservative talk show host Rush Limbaugh accused the Democratic Party of having no direction and being in a "world of hurt" Wednesday while reacting to the news that more than 20 House Democrats planned to stage a public reading of the Mueller report Thursday.

“So they're doing all this crazy stuff. The Green New Deal. All this other cockamamie stuff. They’re throwing it up against the wall to see what sticks.”

Democratic lawmakers plan to read Special Counsel Robert Mueller’s report on the Russia investigation in its entirety, except for the redacted parts. The event is expected to take 12 hours. 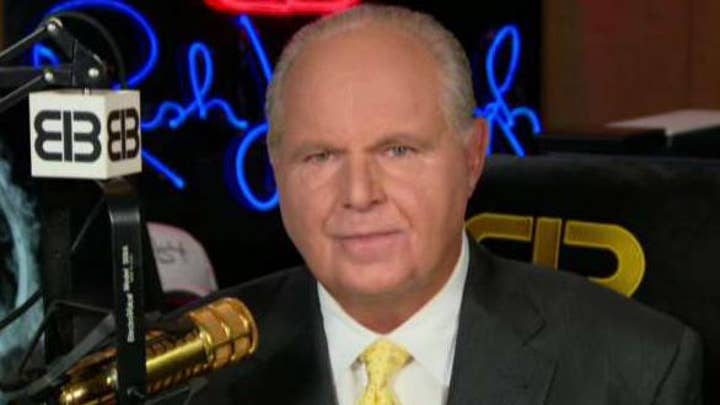 “Right now, the Democrat Party doesn’t know where they’re going and who they want to go there with. They are in a world of hurt, " Limbaugh said.

Limbaugh added that the Democrats' hope that the president's removal was imminent haven't panned out and now the tables have been turned on the party.

"Everything they thought was guaranteed — Trump being forced out of office or impeached, Trump's popularity in the twenties, people hating Trump and loving them? None of it has worked out, and now the people responsible for trying to make that all happen are themselves being investigated," Limbaugh said, adding: "I think they are descending further into the depths of confusion and rancor and near insanity in some cases."