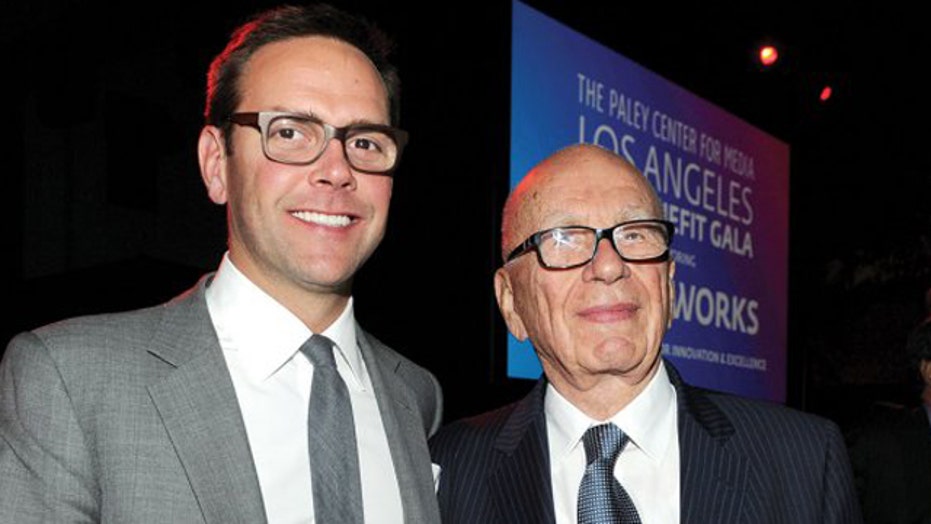 It was a bombshell whose detonation has long been expected.

At 84, Rupert Murdoch is stepping down as CEO of 21st Century Fox and handing the reins to his son, James.

The announcement this morning reflects a succession that has long been planned and was hardly a shock. And by taking the title of executive chairman, the elder Murdoch signaled that he will remain a force within the company he founded, rather than quietly retiring to some desert island.

But it's still huge news because, for the public at large, Rupert Murdoch is 21st Century Fox. Murdoch is a larger-than-life figure, conservative and controversial, a trailblazer from newspapers and television to sports and movies. With few exceptions -- Bill Gates at Microsoft, Jeff Bezos at Amazon, Steve Jobs at Apple -- rarely have a corporation and its leader been so closely identified.

The markets apparently aren't reading this as a major shakeup, with little impact on the company's stock so far. Murdoch also serves as executive chairman of News Corp., which includes the Wall Street Journal, New York Post and Times of London and was spun off from the rest of the holdings in 2013.

Officials made a point of emphasizing that Fox News Chairman Roger Ailes will continue to report directly to Murdoch. The two have worked closely since Murdoch hired Ailes for the 1996 launch of Fox News Channel, which has since become the highest rated and most profitable cable news channel.

Another son, Lachlan Murdoch, will become co-executive chairman of 21st Century Fox. Media insiders have speculated for years about which of the Murdoch children might be in line to succeed him. The changes are expected to be approved at a company board meeting, perhaps as early as next week.

James Murdoch has clearly been groomed for this moment. He is a director of News Corp. and a former chief executive of the company's unit in Europe and Asia, overseeing its British newspapers and some satellite television operations.

James Murdoch resigned as chairman of BSkyB in 2012 after the phone-hacking scandal at the News of the World tabloid, which prompted a British parliamentary committee to criticize his supervisory role. Rupert Murdoch apologized to victims of the hacking and shut down News of the World.

Chase Carey, the chief operating officer of 21st Century Fox, plans to step down, prompting some observers to question a situation where the corporation could operate without a non-family member in a senior position.

"Murdoch reveals how he coaxed son Lachlan, who left News Corp. in 2005 over tensions with senior management, to return as non-executive chairman of both News Corp. and 21st Century Fox, which holds the TV and movie assets that separated from the core newspaper operations last summer. Over a meal at the Allen & Co. conference last July in Sun Valley, Idaho, 'Lachlan and [younger son] James and I had a very serious talk about how we can work as a team,' Murdoch says. 'We had two or three hours together. Lachlan was not not going to come back. It was a question of how we would work together?' Murdoch also talks about easing tensions with his daughter Elisabeth and his hopes for her to play a major role inside his companies, which have a combined stock-market value of more than $80 billion. Murdoch owns almost 40%, controls the voting stock, and calls the shots."

Even Murdoch's detractors would acknowledge that the son of an Australian newspaperman became a media titan, shaking up everything from the British newspaper scene to American televised sports to a cable news world once dominated by CNN (whose parent company, Time Warner, Murdoch tried unsuccessfully to buy). Yet with his roots in print, he retains a strong affection for the money-losing New York Post.

Murdoch has also been close to such politicians as former British Prime Minister Margaret Thatcher, and in 2010 his News Corp. donated $1 million to the Republican Governors Association.

While he may be stepping back from day-to-day corporate management, Murdoch doesn't appear ready to quietly fade away. He has even become a presence on Twitter, weighing in on media and political issues around the world.