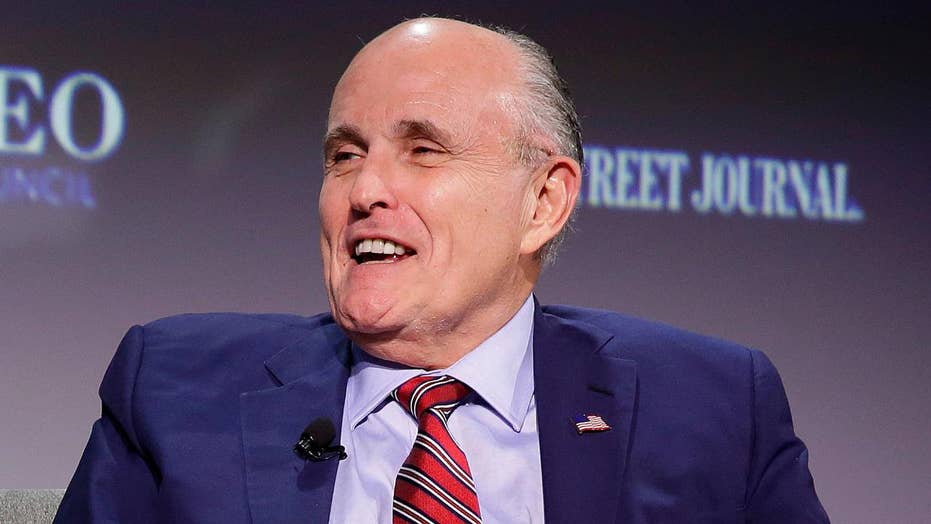 The former New York City mayor will reportedly help negotiate an end to the Mueller probe.

Giuliani, who has been close friends with Trump for years and reportedly was under consideration for a cabinet post, told The Washington Post that he joined the team with the intent of bringing Special Counsel Robert Mueller’s probe to a conclusion.

“I’m doing it because I hope we can negotiate an end to this for the good of the country and because I have high regard for the president and for Bob Mueller,” Giuliani told the outlet.

"The President said, ‘Rudy is great.  He has been my friend for a long time and wants to get this matter quickly resolved for the good of the country,’" Trump lawyer Jay Sekulow said in a statement.

Giuliani made the decision to join Trump's legal team in the past few days following a dinner with the president ealier this month at Trump’s Mar-a-Lago resort, the Post reported.

The former mayor, a vocal advocate for Trump during the 2016 presidential campaign, was reportedly being considered for secretary of state following Trump's victory. Giuliani, at the time, said he wasn't interested in becoming Trump's attorney general. Ultimately, the president picked Rex Tillerson for the State Department and Jeff Sessions for attorney general.