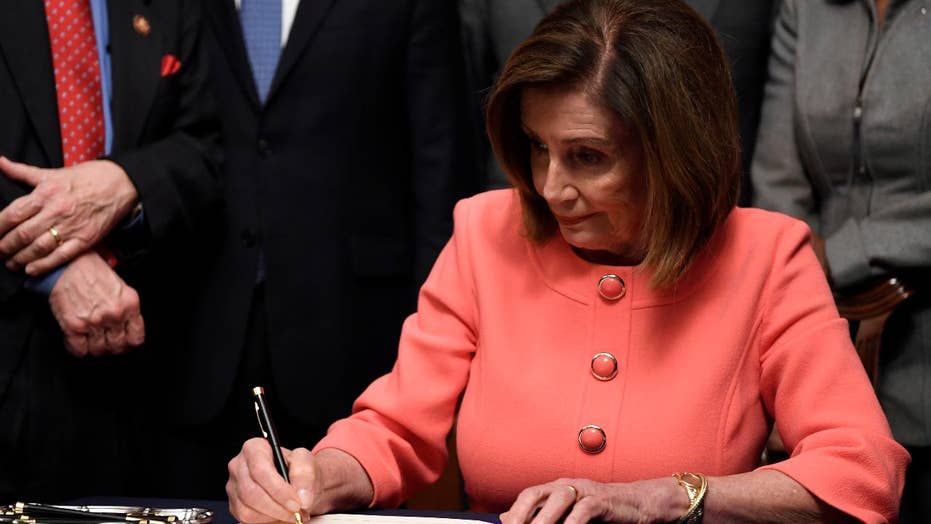 President Trump’s personal lawyer Rudy Giuliani said Wednesday that dismissal of the articles of impeachment against the president should be allowed under the Senate's trial rules because the allegations don’t amount to high crimes and misdemeanors.

The articles “fall on their face” as impeachable offenses, Giuliani wrote in an op-ed for War Room: Impeachment, a website run by former White House adviser Steve Bannon.

Giuliani argued that the impeachment articles should be given the same scrutiny as charges in a criminal trial.

“Thus an impeachment, like an indictment, must be tested by a motion to dismiss if it fails to allege an impeachable offense,” he wrote.

If the articles don’t amount to an impeachable offense “it is not only an abuse of power but an unconstitutional violation of separation of powers," he added.

The 75-year-old former mayor of New York City claimed that the “abuse of power” charge -- over President Trump’s July phone call with Ukrainian President Volodymyr Zelensky in which Trump allegedly asked for an investigation into the Bidens and withheld military aid on that condition -- was a “conversation without threat, pressure, inducement or quid pro quo.”

In November, U.S. Ambassador Gordon Sondland implicated top White House officials in a "potential quid pro quo" over the withheld military aid to Ukraine during testimony in the House’s impeachment inquiry, saying “everyone was in the loop.” He testified, however, that he never heard Trump tie the aid to investigating the Bidens.

Sondland's testimony also contradicted a previous statement attributed to him, in which he allegedly said the Trump-Ukraine discussion involved no quid pro quo.

The House also charged Trump with “obstruction of Congress” in the second article for blocking witnesses and documents during inquiries by House committees.

Giuliani claimed Democrats used “sparse factual allegations” for the charges, saying it arguably violated executive and attorney-client privilege, among others.

He also claimed neither article is a crime or misdemeanor.

“It would be a mockery of justice to have a trial on charges that are insufficient to result in anything other than an acquittal," he wrote.

He added that the House of Representatives has “trashed” the separation of powers by not giving Trump fair treatment during their inquiry.

“Failure to dismiss would give credence to this entirely illegitimate process,” he wrote, and would set a bad precedent for future “partisan majorities.”