The Biden administration’s consideration of a travel ban due to the coronavirus pandemic is "hypocritical," Sen. Marco Rubio, R-Fla., said on Thursday.

"The day after Donald Trump issued a travel ban on China, Joe Biden said this is no time for xenophobia and that sort of thing," Rubio told "Fox & Friends."

Rubio added: "And then a month later, he actually tweeted out that banning travel from anywhere did not work."

"The Biden administration is considering whether to impose domestic travel restrictions, including on Florida, fearful that coronavirus mutations are threatening to reverse hard-fought progress on the pandemic," the Herald reported. 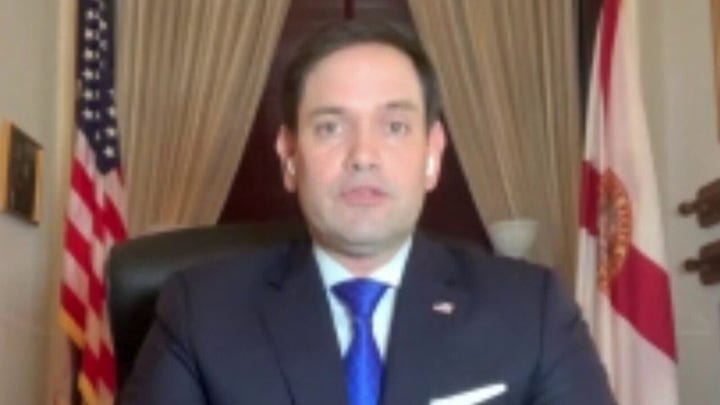 Also, Rubio ripped the Biden administration for considering restricting travel between states within the country.

"So now that they're considering actual restrictions on Americans inside the country, I think it is unconstitutional," Rubio said. "I think it's going to be challenged in court successfully."

Last month, White House press secretary Jen Psaki said it was unfair to claim that President Biden described his predecessor's coronavirus-related travel ban as "xenophobic," despite statements that indicated that was in fact his view of that policy.

"I don't think that's quite a fair articulation," she told Fox News' Peter Doocy who reiterated Biden's use of the term "xenophobic." Doocy's comment came just after the White House announced a coronavirus-related ban on travel from South Africa.

"The president has been clear that he felt the Muslim ban was xenophobic," Psaki said. "He overturned the Muslim ban. He also, though, has supported steps, travel restrictions in order to keep the American people safe, to ensure that we are getting the pandemic under control. That's been part of his policy, but he was critical of the former president for having a policy that was not more comprehensive than travel restrictions."