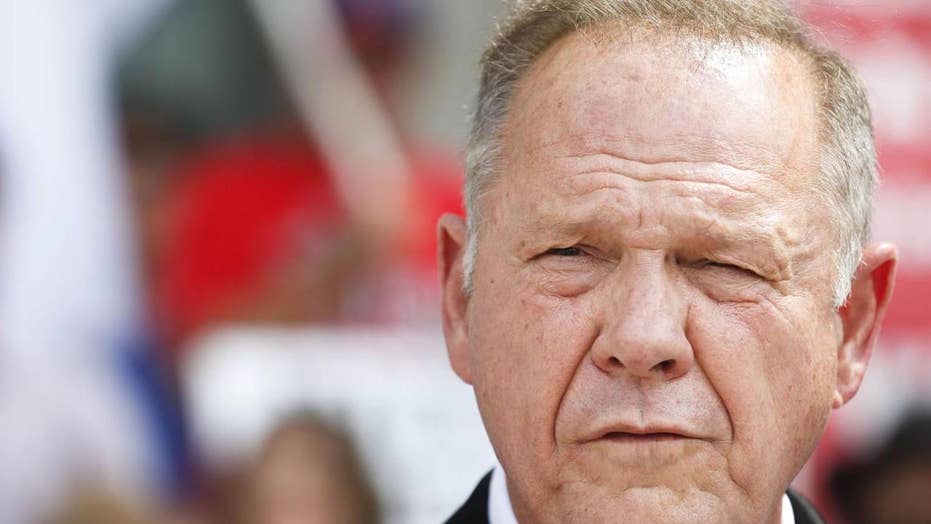 Roy Moore, the Republican candidate in December's U.S. Senate election in Alabama, addressed a church audience Tuesday night, and spoke of the need to make religion important again in the U.S.

He also briefly mentioned the ongoing controversy of the accusations of five women claiming he sexually assaulted them.

Moore also referred to members of Congress, on both sides of the aisle, who have called on him to withdraw from the Dec. 12 Senate election -- against Democrat Doug Jones -- because of the allegations.

“They’ve done everything they could," Moore said of his critics, "and now they’re together to try to keep me from going to Washington.”

He said the controversy had “a lot to do with what we’re talking about tonight,” meaning the significance of God in the U.S.

Moore highlighted what he claimed was the need for God’s presence in the country. He also said religion had slowly disappeared from schools and other aspects of daily life, suggesting that his fight for the preservation of God is what brought him to his current situation.

Moore also added that his mission, should it be “God’s will,” is to bring “the truth about God to our capital,” and that “without God, we will remain a divided society.”

Moore has come under fire recently after five women accused him of sexual assault, including one woman who said she was 14 at the time.

The candidate has vehemently denied all of the allegations, calling them a “witch hunt against a man who has had an impeccable career for over 30 years and has always been known as a man of high character.”