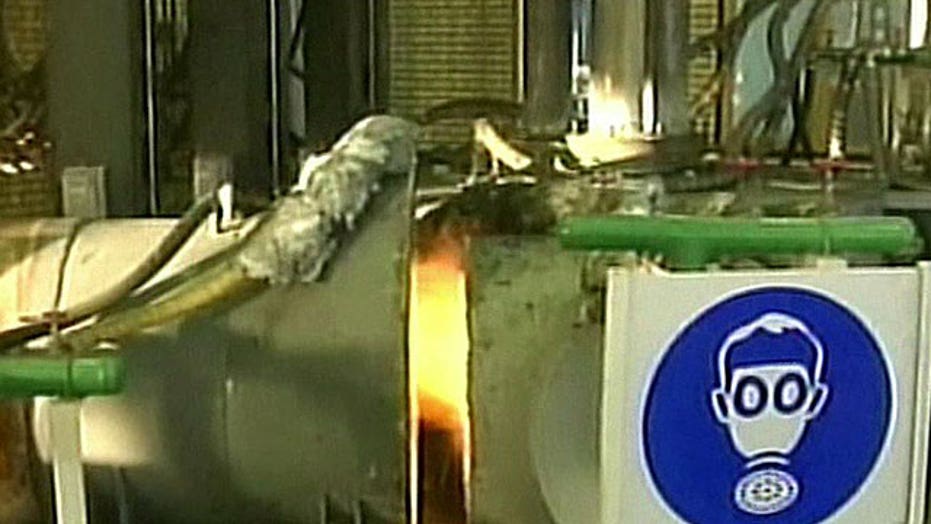 Reaction from Mark Dubowitz, executive director of the Foundation for Defense Of Democracies

Iranian President Hassan Rouhani boasted on Twitter that the United States and other world powers effectively "surrendered" to Tehran with the newly struck nuclear deal.

"Our relationship w/ the world is based on Iranian nation's interests. In #Geneva agreement world powers surrendered to Iranian nation's will," a tweet from the Iranian leader's account said on Tuesday.

The brash statement, which is sure to rile those in Congress pressing for additional sanctions, comes just days after all sides of the negotiations announced the details for implementing the six-month deal. The agreement calls for Iran to start eliminating its stockpile of highly enriched uranium, limit its overall enrichment capability and open up its nuclear sites to more inspections. In exchange, the United States and other states will provide sanctions relief.

White House Press Secretary Jay Carney downplayed Rouhani's remarks when asked about them at Tuesday's press briefing. He said these kinds of remarks are "expected" and geared toward their government's "domestic audience."

"It doesn't matter what they say. It matters what they do," he said.

President Obama, in a written statement announcing the latest arrangement, stressed that the sanctions relief is "modest." He said the six-month deal represents "concrete progress" toward a long-term agreement.

However, Rouhani's latest statement could fuel concern in Congress that Iran feels less pressure now to both comply with the deal and pursue a comprehensive agreement. Dozens of U.S. senators are pushing for a new bill that would trigger additional sanctions if Iran fails to meet its obligations -- but Obama and the rest of his team are vigorously fighting the legislation, warning that it could derail nuclear talks.

"I very much appreciate Congress' critical role in imposing the sanctions that brought Iran to the table, but I feel just as strongly that now is not the time to impose additional sanctions that could threaten the entire negotiating process," Secretary of State John Kerry said in a written statement.

"Now is not the time for politics. Now is the time for statesmanship, for the good of our country, the region, and the world."

Meanwhile, the Los Angeles Times reported Tuesday that key elements of the arrangement were included in a "secret," unpublished document. According to the report, the private agreement includes details pertaining to a joint commission that would oversee the implementation and Iran's "right" to pursue nuclear research.