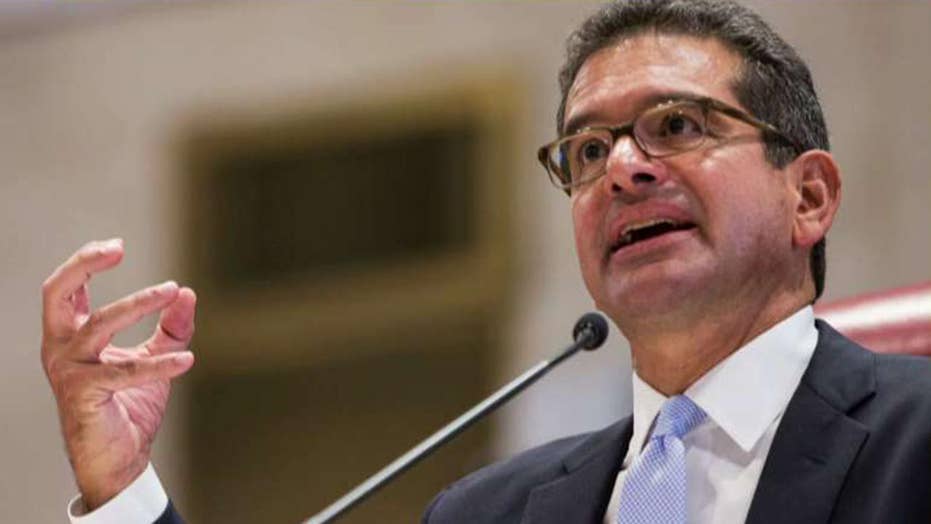 Pierluisi is next in line for the governorship following the resignation of Ricardo Rossello.

In an emailed statement, Rosselló's office said Pierluisi, 60, did not need to be confirmed by both chambers of Puerto Rico's legislature because he had been named secretary of state, the next in line to be governor, in a recess appointment earlier this week.

Pierluisi was sworn in by a judge at 5 p.m., the hour Rossello had set to leave office. Two hours after taking the oath, Pierluisi emerged at the governor's residence to address the press and said he would only promise to serve as governor until Wednesday when the Senate has called a hearing on his nomination. If the Senate votes no, Pierluisi said, he will step down and hand the governorship to the justice secretary, the next in line under the constitution.

Rosselló announced July 24 that he would resign after two weeks of protests over mismanagement and leaked chats that showed him and his top aides denigrating victims of Hurricane Maria and other Puerto Ricans.

Pierluisi was confirmed as the secretary of state Friday by a 26-21 vote, with one abstention, in the island's House of Representatives. He was nominated by Rosselló. Both are members of the pro-statehood New Progressive Party.

The issue over who is rightfully governor will almost certainly go to court. Some believe that because the legislature wasn't in session when Pierluisi was appointed, he is the secretary of state unless the legislature rejects him.

Others say he still needs to be confirmed by the island's Senate. Adding to the confusion, one constitutional amendment states that everyone in line to become governor has to be confirmed by both the House and Senate, except for the secretary of state.

Senate President Thomas Rivera Schatz, a member of Rosselló's party, said the outgoing governor "did not respect the demands of the people" and has vowed to vote against any nominee put forward by him. Rivera Schatz is seen as a possible candidate for governor in next year's scheduled election. Several legislators have said they prefer Rivera Schatz over Pierluisi, but the Senate leader is a powerful figure deeply associated with Puerto Rico's political and business elite, and his elevation to the governorship could re-ignite popular outrage. 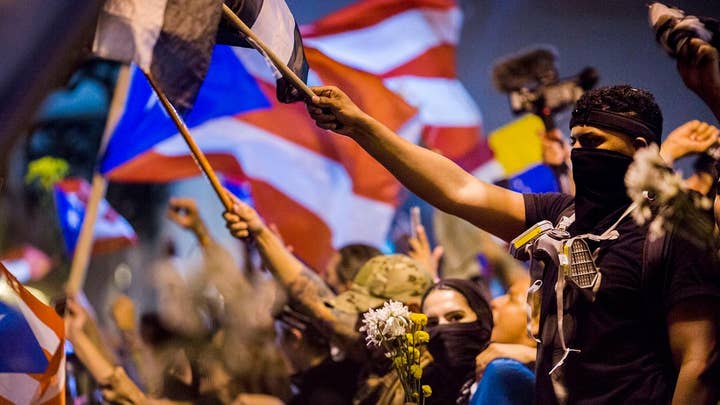 If Pierluisi doesn't become governor, Justice Secretary Wanda Vazquez would have been next in line. An ally of Rosselló who is widely unpopular and the target of protests herself, she said last month she doesn't want the job.

Several lawmakers have accused Pierluisi of having a conflict of interest because he worked for a law firm representing the federal control board that oversees the island's finances. Many have called for the board to be abolished amid crippling austerity measures. Pierluisi's brother in law is the board's president.

Puerto Rico's House of Representatives prepares to vote on whether to confirm Pedro Pierluisi as secretary of state, in San Juan, Puerto Rico on Friday. The confirmation removes an important obstacle to him becoming governor. But Pierluisi's fate remains unclear. (AP Photo/Dennis M. Rivera Pichardo)

The board was created by Congress to supervise the restructuring of more than $70 billion in debt after Puerto Rico declared bankruptcy. Pierluisi said he is against several austerity measures supported by the board, including laying off public employees and eliminating Christmas bonuses.

"The people want a change, and I don't blame them," he said.

Pierluisi formally served as the island's non-voting member in Congress from 2009 to 2017 and was defeated by Rossello in the 2016 primaries. He served as justice secretary under Rosselló's father, Pedro Rosselló, when the elder Rosselló was governor.