Is Trump in the clear, but McCabe in trouble?

Deputy Attorney General Rod Rosenstein told President Trump last week that the president is not a target in the Michael Cohen investigation, and that the investigation is focused solely on Cohen, the president's personal attorney, a source familiar with the probe told Fox News on Thursday.

Trump has been told previously that he is not a target of Special Counsel Robert Mueller's investigation.

The source also said the Cohen investigation, together with the abrupt departure of John Dowd from Trump's legal team, slowed, but did not halt talks about Trump sitting down for a potential interview with Mueller.

The FBI last week raided the office, home and hotel room of Cohen. Federal agents reportedly obtained documents related to several issues, including Cohen's payments to adult-film star Stormy Daniels in the weeks leading up to the 2016 presidential election. 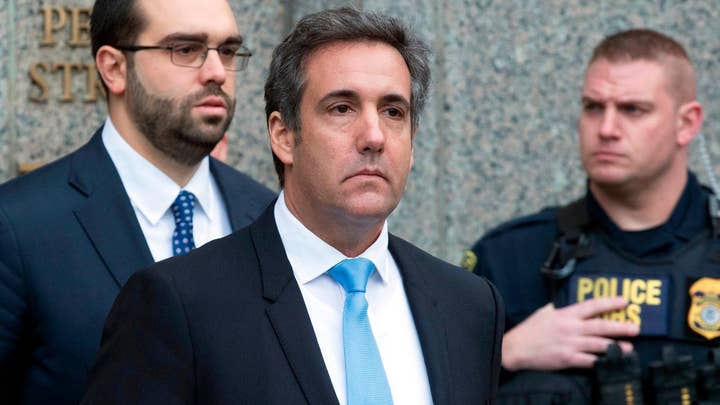 The Justice Department, meantime, denied comment on the Rosenstein report. “As Department officials have said consistently in testimony and elsewhere, we don’t comment on conversations with the President,” the DOJ told Fox News.

Separately, President Trump’s in-house counsel Ty Cobb said no firings are currently under consideration, including those of Rosenstein or Mueller.

Earlier Thursday, Bloomberg reported that Rosenstein told Trump that he was not being targeted in the wider Mueller probe.

Asked on Wednesday if he was considering removing Rosenstein or Mueller, Trump simply noted that they're "still here."

“They’ve been saying I’m going to get rid of them for the last three months, four months, five months,” Trump said at a joint press conference with Japanese Prime Minister Shinzo Abe. “And they’re still here. We want to get the investigation over with, done with, put it behind us. And we have to get back to business.”

In an interview on Thursday with CNN, former FBI director James Comey addressed the reports about Rosenstein's reported conversation with Trump.

"I don’t know what it means," Comey said. "It’s a fairly standard part of any investigation, trying to decide whether a person you’re encountering is a witness, a subject or a target. A target is someone on whom the investigation, the grand jury has developed … evidence sufficient to charge. Witness is somebody who has nothing to do with any exposure and a subject is everybody in the middle. So, I don’t know the context in which the Deputy Attorney General did that, but that’s the general framework."