New York Gov. Andrew Cuomo told one of his most prominent Democratic critics that he could "pretty much ruin and finish my career and my livelihood," Assemblyman Ron Kim told "The Story" Thursday in an exclusive interview.

Kim, who has heavily criticized the governor over his administration's decision to withhold data on COVID deaths in nursing homes from lawmakers, told host Martha MacCallum that Cuomo began the call by "asking me if I were an honorable man."

"He continued to yell and let me know that I haven't seen his wrath and his anger ..." recounted Kim, who added that Cuomo told him that he "he can go out tomorrow and start telling the world about how bad of a person I am and pretty much ruin and finish my career and my livelihood.

"And he also said, you know, he's been biting his tongue for months about me even before all this happened," Kim contined.

The Queens representative posited that the call was "part of a ploy in retrospect ... to pressure me and scare me into issuing a statement that night. He specifically said, 'Do this tonight, not tomorrow,' which is to lie about what I heard in the meeting. He actually asked me and belittled me, and said 'Are you a lawyer?' And I said, 'I'm not.'"

The meeting to which Kim referred was a conference call with Democratic lawmakers earlier this month. On the call, the New York Post reported, top Cuomo aide Melissa DeRosa said the administration withheld the true nursing home death toll from lawmakers because officials "froze" when confronted by the prospect of a federal investigation into the matter.

Kim went on to accuse the Cuomo administration of allowing "its top donors to dictate policies, writing business-friendly policies like legal immunity for nursing homes ... and he orders, the state government to cover up life and death information and took away our ability, the lawmakers, our ability to legislate and change the outcome of this pandemic." 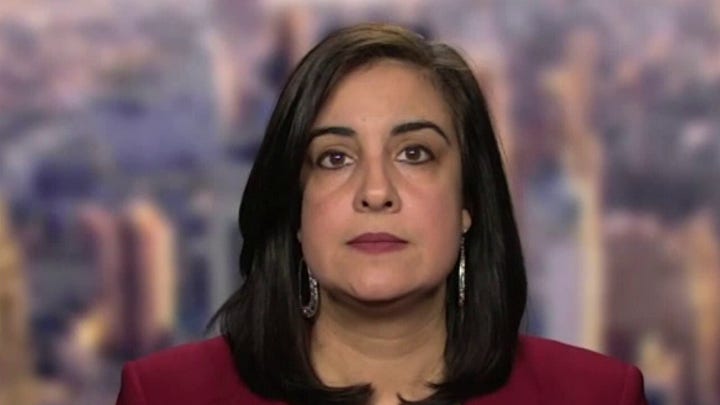 KIM: There was a legal immunity provision that the governor put into a budget that most people did not even know about. I voted against it, many of us did, [It] passed by one vote last year. And that budget is giving legal immunity, a get-out-of-jail free card for some of the worst nursing home executives in the state of New York.

And records show that he [Cuomo] received close to $1.25 million the last several months leading up to the pandemic from the same industry who bragged about writing the bill. They sent out a press release on April 3 [saying] that 'We got it done. This is the immunity that we deserve. This is the gold standard for the entire country.'

If we had the real information, we would have been able to repeal the toxic immunity right away. That is the point. And that is the real reason we believe that there was a cover-up of the information, because they were listening to the business interests behind nursing homes.

So 65% of nursing homes are for-profit in the state of New York. So they are driven by quarterly profits, not saving people's lives. When you give them that kind of legal immunity, they're not spending the money. They're not doing everything possible to hire staff and buy PPE and he give them the card. And if I had the data, my colleagues and I would have fought to repeal that provision.