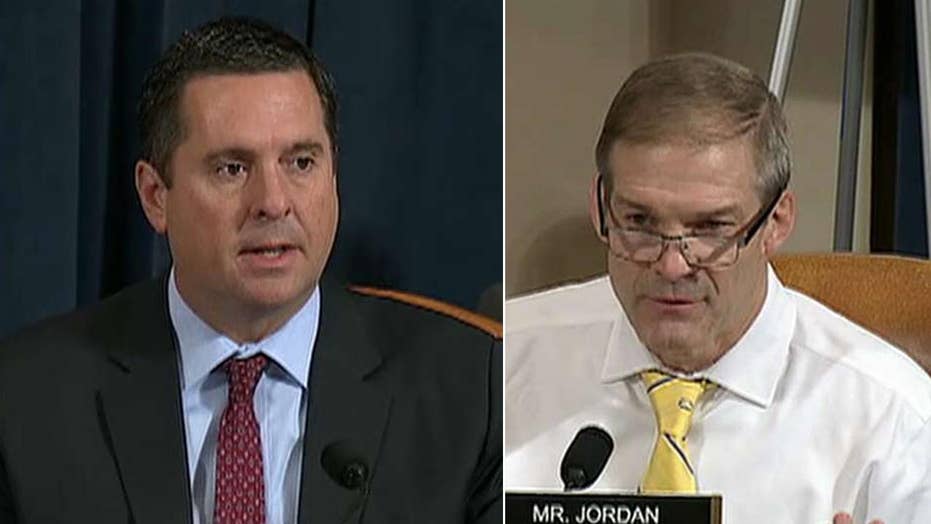 Fox News obtains a copy of a letter that House Republicans sent to Sen. Ron Johnson asking him to produce any evidence he has about President Trump's management of Ukraine policy; Gillian Turner reports from Capitol Hill.

Sen. Ron Johnson, R-Wis., sent a letter on Monday to the ranking Republicans on the House Intelligence and Oversight Committees in which he detailed his account of White House meetings with Senate lawmakers about releasing foreign aid to Ukraine -- and cast doubt on one of the inquiry’s key witnesses just a day before the official’s planned testimony.

In his letter to Reps. Jim Jordan of Ohio and Devin Nunes of California, Johnson– the chairman of the Senate Foreign Relations Committee’s Europe subcommittee – said he viewed the House impeachment inquiry into President Trump as an “effort to sabotage the Trump administration."

Johnson wrote in his letter that Lt. Col. Alexander Vindman, a National Security Council official who is scheduled to testify before the House Intelligence Committee on Tuesday, is one of “a significant number of bureaucrats and staff members within the executive branch have never accepted President Trump as legitimate and resent his unorthodox style and his intrusion onto their turf.”

“They react by leaking to the press and participating in the ongoing effort to sabotage his policies and, if possible, remove him from office,” Johnson said. “It is entirely possible that Vindman fits this profile.”

Johnson, who attended Ukrainian President Volodymyr Zelensky’s inauguration on May 20, was responding to a request from Jordan and Nunes to hear the Wisconsin senator’s account of the meetings about aid to Ukraine. 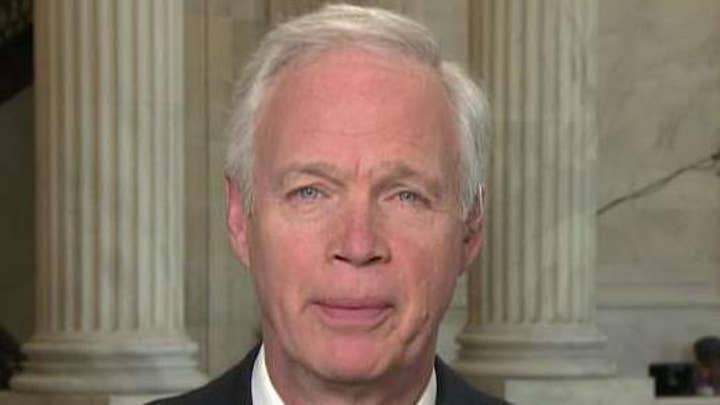 Vindman and Jennifer Williams, his counterpart at Vice President Mike Pence’s office who is also slated to testify Tuesday, listened with concern as Trump spoke on July 25 with the newly elected Ukraine president. A government whistleblower’s complaint about that call led House Democrats to launch the impeachment inquiry.

Vindman and Williams said they were uneasy as Trump talked to Zelensky about investigations of potential 2020 political rival Joe Biden and his son Hunter Biden.

Vindman said he reported the call to NSC lawyers. Williams said she found it “unusual” and inserted the White House’s readout of it in Pence’s briefing book.

“I did not think it was proper to demand that a foreign government investigate a U.S. citizen,” Vindman said in an earlier deposition. He claimed there was “no doubt” what Trump wanted. 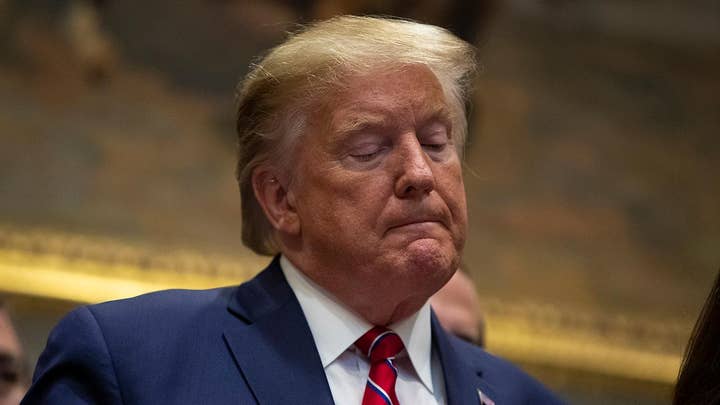 The NSC official also lodged concerns about Ambassador to the European Union Gordon Sondland. He relayed details from an explosive July 10 meeting at the White House, saying the ambassador pushed visiting Ukraine officials for the investigations Trump wanted.

“He was talking about the 2016 elections and an investigation into the Bidens and Burisma,” Vindman testified, referring to the gas company in Ukraine; Hunter Biden served on its board. 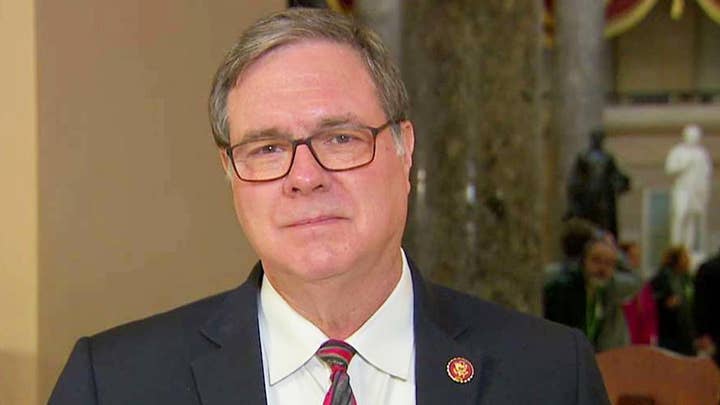 Johnson, who in his letter reiterated that he had “winced” when Sondland told him Trump likely would unfreeze nearly $400 million in military aid to Ukraine if the eastern European nation announced an investigation into the 2016 election, said Trump personally told him the reason for withholding aid was to deal with corruption in Ukraine.

“He reminded me how thoroughly corrupt Ukraine was and again conveyed his frustration that Europe doesn’t do its fair share of providing military aid,” Johnson wrote of his conversation with Trump. “He specifically cited the sort of conversation he would have with Angela Merkel, chancellor of Germany.  To paraphrase President Trump: ‘Ron, I talk to Angela and ask her, ‘Why don’t you fund these things,’ and she tells me, ‘Because we know you will.’  We’re schmucks. Ron. We’re schmucks.’”