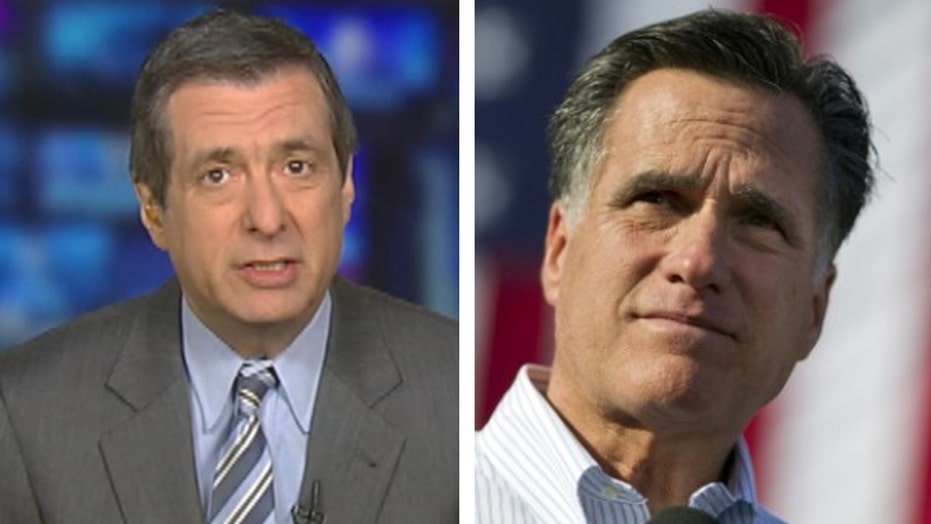 Will Mitt 3.0, as he’s already been dubbed, be a better model than the earlier two incarnations?

Without so much as a single syllable uttered in public, Mitt Romney has shaken up the 2016 race, employing a strategy of calculated leaks to indicate that he wants to mount a third presidential bid. I was skeptical of what seemed like a trial balloon to buy some time as Jeb Bush claimed the mantle of establishment candidate, but this has mushroomed into Mitt trying to get the gang back together.

But given that Romney muffed what Republicans viewed as a prime opportunity to oust President Obama, the media are asking this question: What exactly would be different next time?

The exercise is reviving some bad memories of Romney’s flaws as the GOP nominee. And Romney would have to explain his change of heart after he (and Ann) so repeatedly declared that they were done trying to move into the White House. What’s his rationale? To save the party from Jeb? Or has he just been badly bitten by the presidential bug?

Let’s stipulate that beating an incumbent president, even with an anemic economic recovery, was tough. Let’s also stipulate that Romney is an experienced businessman, has a good temperament, can raise truckloads of money, and proved to be a strong debater.

But there were so many self-inflicted wounds that it’s hard to catalogue them. Self-deportation. I like being able to fire people. Binders full of women. The 47 percent.

Not even Romney’s biggest fans would suggest he’s a natural campaigner. I watched him up close with crowds and while he gamely tried to connect with folks, there’s an awkwardness rooted in his natural reserve. And that extended to his arm’s-length relationship with the press corps.

Part of the chatter now is that Romney could fare better

Politico quoted one Romney campaign alumnus as saying the new effort would “tell the story of Mitt better.” Several Romney veterans recalled how well the accounts from parishioners in Romney’s Mormon community resonated with voters who had been bombarded with ads about his tenure at Bain Capital.” Romney, of course, mostly avoided talking about his religion.

Politico quoted another former top adviser as saying “he really has to show people that he’d do it differently, rather than just say he’d do it differently. He needs to assure folks he’d take a much more direct approach to laying out the vision for his campaign versus having those decisions driven by a bunch of warring consultants.”

So why is Romney gearing up to do this? The Washington Post’s Robert Costa, who has set the pace on this story, quoted yet another anonymous Romney adviser as saying, “Mitt’s a very restless character. He is not the type to retire happily, to read books on the beach. . . . He believes he has something to offer the country and the only way he can do that is by running for president again.”

But that explanation is more about Romney’s feelings than how he’d be a stronger candidate than last time around. And not everyone in the GOP is wild about the idea. John McCain, who defeated Romney in 2008 (and wants his friend Lindsey Graham to run this time) says: “I thought there was no education in the second kick of a mule.”

“Why would Republicans, who grudgingly submitted to a Romney nomination in 2012 only after every other possibility had exhausted itself, give him another try when so many alternatives are available? What qualities would make a Romney candidacy more attractive to Republican voters in 2016 than it was in 2012?”

The Fix columnist Chris Cillizza admits he’s stunned by the prospect of a third Mitt campaign:

“I don't doubt Romney's sincerity. But I do think he and those close to him are fooling themselves that he can simply proclaim that he is running a new and different campaign -- one based on foreign policy and poverty, according to Politico -- and that will be that. It's literally impossible for me to imagine such a scenario.”

Breitbart goes back to the Netflix film “Mitt” that some acolytes are fondly remembering, and doesn’t give it two thumbs up:

“The best that can be said for the Romney portrayed in ‘Mitt’ is that, had he conveyed his behind-the-scenes personality to voters better, Romney might have mitigated the damage from Obama’s attacks. Maybe some of his self-effacing humor, or seeing Romney wear duct-taped gloves while skiing and pick up hotel-room trash like a normal person might could have offset the ruthless out-of-touch businessman image portrayed by his opponent.

“But the subtext of  ‘Mitt’ is Romney’s tragic inability to actually be that person in public.

“For a man seeking his third shot at the presidency amidst the strongest GOP bench in decades, it’s not a flattering portrait.”

The former Massachusetts governor doesn’t have to win over the pundits, of course, but he does need a smarter approach to using the media to get out his message. There’s already talk that he won’t be bringing back his old communications team, which often didn’t bother to respond to reporters.

The media love the idea of a Mitt-vs.-Jeb showdown. But Romney, who once mused about how those who lose presidential elections are branded losers, needs to offer a compelling rationale for why he can win.