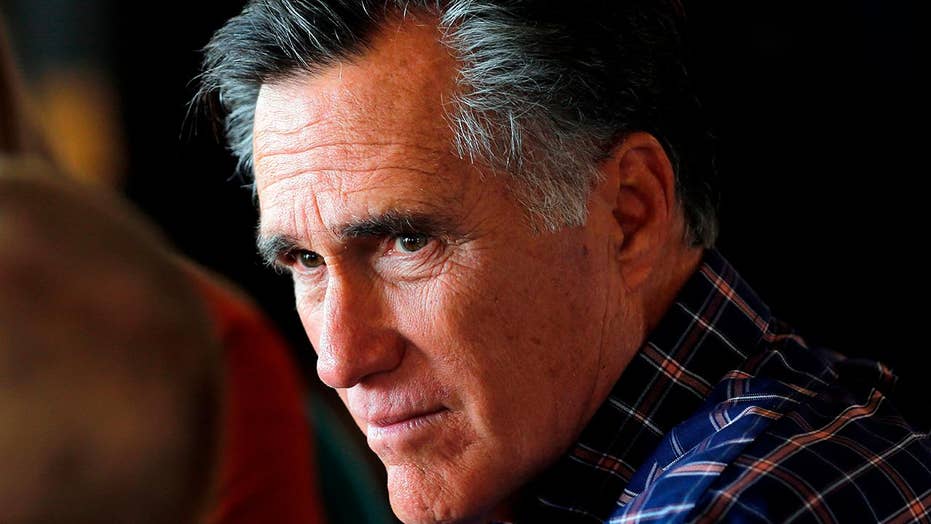 Mitt Romney on Trump 2020: I’ll decide down the road

“In terms of what happens in 2020, we’re going to wait and see who runs,” Romney, who is seeking Utah’s GOP nomination for Senate, told reporters Saturday. “If I had to make that decision today, I’d be missing the opportunity to find out what they’re going to do for Utah."

Romney and Trump have maintained an uneasy relationship. Romney attacked Trump during the GOP primary campaign, calling him “is a phony, a fraud."

Trump fired back, saying he "choked like a dog" during his own White House run in 2012.

But the open hostility has since ceased and Romney accepted Trump’s endorsement for Senate. In the early days of the administration, the president also reportedly considered Romney for a high-level cabinet position.

Romney is seeking to succeed Utah’s retiring U.S. Sen. Orrin Hatch, but will be forced to compete in a crowded primary race after failing to attract the required votes at the state’s Republican Party convention on Saturday.

He finished second in votes from party delegates, behind state lawmaker Mike Kennedy. The two favorites will face off in a GOP primary election June 26.