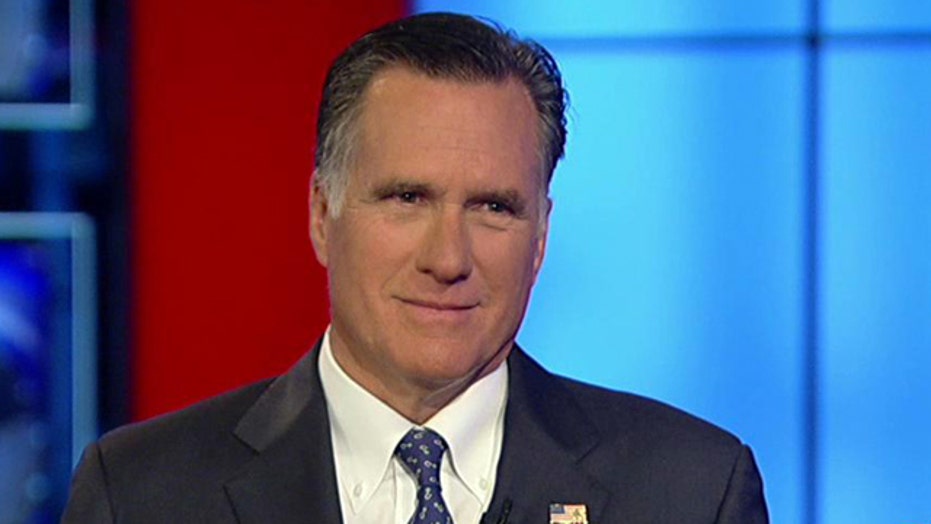 Former presidential candidate on how Obama is containing the crisis

President Obama should have anticipated that Russia would intervene in Crimea and taken action to prevent the crisis from escalating, former Massachusetts governor and Republican presidential candidate Mitt Romney said Tuesday.

"The president should have been able to see this coming. I’m sure many advisers told him that Russia might try and grab a piece of Ukraine," Romney said on Fox News Channel's "Hannity," noting that Obama could have threatened sanctions in anticipation of annexation.

Romney also criticized the Obama administration's "reset” policy toward Russia after the 2008 Russia-Georgia war, which has since been defended by former Secretary of State Hillary Clinton, who presented Russian Foreign Minister Sergei Lavrov with a "reset button" in 2009.

“It’s like are you kidding me? Don’t you understand that...Putin has different interests than America and they will pursue those interests,” Romney said.

Speaking at a press conference capping a two-day nuclear security summit at The Hague on Tuesday, the president was asked about Romney's claim that Russia is America's "number one geopolitical foe," which the former Republican presidential nominee made during his 2012 race against Obama.

"Russia is a regional power that is threatening some of its immediate neighbors, not out of strength, but out of weakness," Obama said. "Russia's actions are a problem -- they don't pose the number one national security threat to the United States."