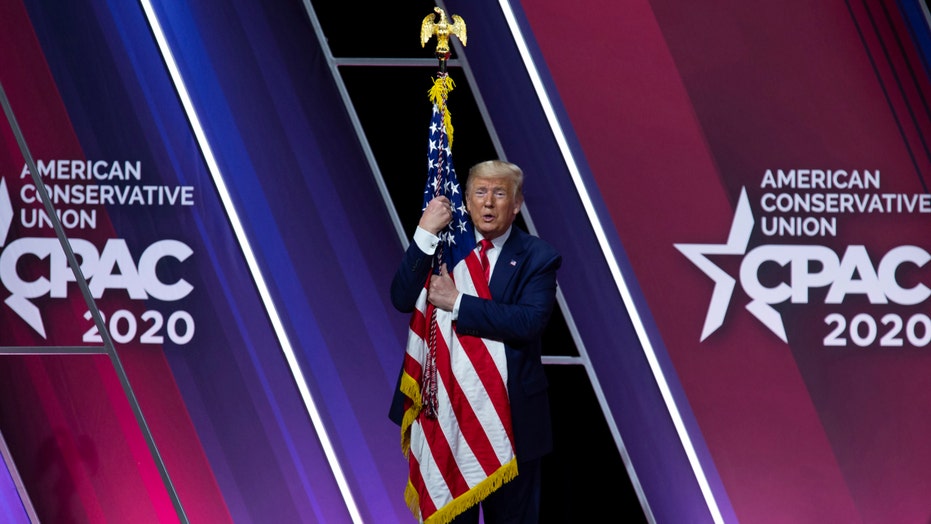 Trump fires up conservatives at CPAC by touting economy, blasting Democrats and Romney

Sen. Mitt Romney, R-Utah, who faced the scorn of President Trump and fellow Republicans over his vote last month to convict at the Senate impeachment trial, questioned the motivation behind a Republican effort to issue a subpoena related to Hunter Biden and his dealing with Ukraine.

"I would prefer that investigations are done by an independent, non-political body," Romney told the Washington Post. "There’s no question the appearance is not good."

Republicans are gearing up for a vote next week in the Senate Homeland Security and Governmental Affairs Committee that would approve a subpoena aimed at gathering information related to a former Ukrainian diplomat with ties to the consulting firm Blue Star Strategies, Reuters reported. The allegation is that the company used Hunter Biden for access to the State Department. His father was vice president at the time.

The Bidens have denied any wrongdoing.

Romney’s vote is pivotal. Republicans maintain an 8-to-6 majority in the committee, and if Romney sides with Democrats the result would be a 7-7 tie.

"There’s no question but that the appearance of looking into Burisma and Hunter Biden appears political. And I think people are tired of these kinds of political investigations," Romney said.

The committee has been pursuing its investigation into the Bidens since at least November.  The vote is expected next Wednesday.

Trump told Fox News that Joe Biden was "damaged" by the impeachment process that implicated his son Hunter in apparent overseas corruption while Biden was vice president. "They aimed at Trump and they took Biden down," the president said.

Fox News' Tyler Olson and Gregg Re contributed to this report