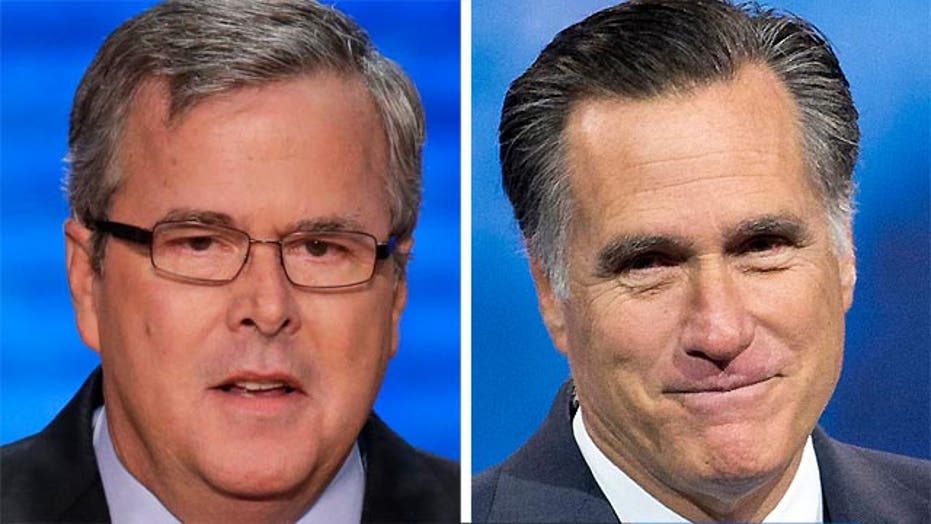 How race is shaping on both sides

Jeb Bush and Mitt Romney met in Utah on Thursday, as both men consider launching a Republican presidential run.

Aides to both former governors confirmed the private meeting to Fox News earlier Thursday. A spokeswoman later told Reuters that the meeting took place, but offered no details.

The sitdown apparently had been planned before Romney took the surprise step two weeks ago of telling donors he was considering a 2016 bid.

A senior Bush adviser described it as a "long-scheduled meeting" and said he was "looking forward to catching up with Gov. Romney."

Whether the meeting, first reported by The New York Times, was a symbolic gesture -- or a chance for the heavyweight Republican figures to try and avoid a bitter clash on the campaign trail -- remains to be seen.

Both former governors appear to be seriously considering a presidential run. If they both enter, their campaigns could divide the GOP establishment and donor base -- particularly if New Jersey Gov. Chris Christie enters, too.

According to The Times, Bush, the former governor of Florida, asked for the meeting, with the intention of showing respect for the party's 2012 nominee. They kept the appointment even after Romney began openly flirting with a third presidential run. The former Massachusetts governor also spoke before a Republican National Committee summit last week.