Ted Harvey of the Committee to Defend the President shares his perspective.

Rob Porter, former White House staff secretary, was on the verge of a big promotion at the White House before news stories surfaced detailing past domestic abuse allegations leveled by two ex-spouses, Fox News has confirmed.

Porter, who exited the White House last week after the accusations from two ex-wives went public, was under consideration to fill the role of deputy chief of staff, multiple administration sources said.

The sources said Porter was held in high regard by White House Chief of Staff John Kelly. Other senior staff were also open to promoting Porter, they said.

The deputy position recently opened up after the president chose Jim Carroll to head the Office of National Drug Control Policy.

White House press secretary Sarah Sanders says that while the FBI had completed Rob Porter's background check, the White House personnel security office had not made a final recommendation.

The once-likely promotion – first reported by CNN – comes as the White House is facing criticism for keeping Porter in the role of  senior staff secretary despite being aware of the allegations.

The White House initially released a statement last Tuesday pushing back on the allegations and defending Porter. But within 24 hours, as images emerged of one of Porter’s ex-wives with a black eye, Porter resigned. He has, however, denied the allegations against him.

White House officials have said they were not aware of the extent of the allegations until last week.

But FBI Director Christopher Wray testified Tuesday that Porter completed a background check months before he was forced to resign over the domestic abuse claims -- conflicting with White House timelines that said the background check was ongoing.

White House Press Secretary Sarah Sanders, pressed by reporters at Tuesday’s briefing about Wray’s account, explained that the White House personnel security office got information last year for what it considered the final background investigation report. However, she said it hadn’t made a final recommendation because “the process was still ongoing.” 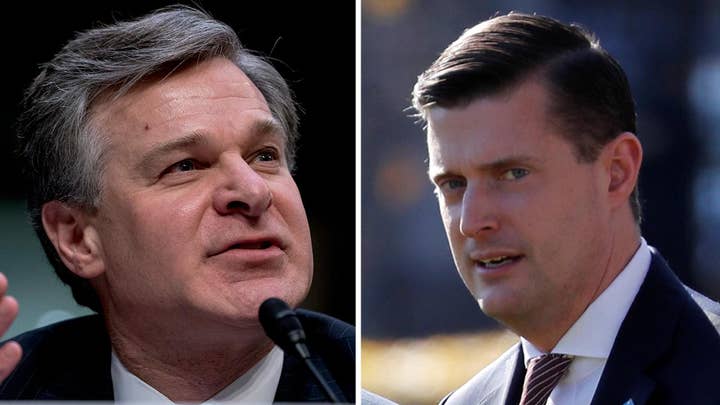 Trump was asked about Porter on Friday and told reporters “it was very sad when we heard about it.” He added that Porter said he was innocent.

John Roberts, Adam Shaw and The Associated Press contributed to this report.