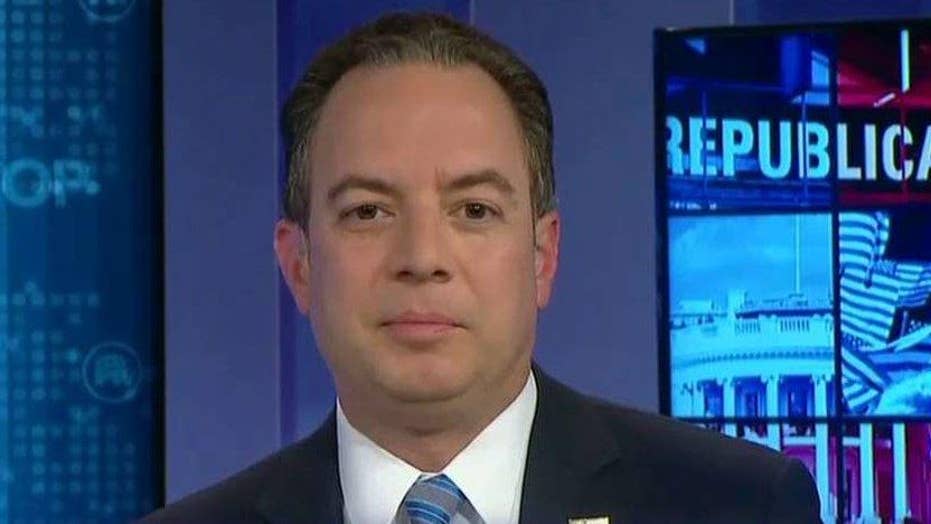 Republican National Committee Chairman Reince Priebus warned Sunday that any effort by conservatives to draft a candidate to run against presumptive GOP nominee Donald Trump would be a "suicide mission for our country."

"What it means is that you're throwing down not just eight years of the White House, but potentially 100 years on the Supreme Court and wrecking this country for many generations," Priebus told "Fox News Sunday". "And so, I think that's the legacy these folks will leave behind."

Over the weekend, The Washington Post reported that a group of anti-Trump Republicans led by 2012 GOP nominee Mitt Romney and conservative commentator William Kristol had begun recruiting candidates to make an independent run for the White House.

According to the paper, Romney has made personal overtures to Nebraska Sen. Ben Sasse, a prominent anti-Trump Republican, and Ohio Gov. John Kasich. Inquries have also been made to businessman and Dallas Mavericks owner Mark Cuban.

When asked by "Fox News Sunday" host Chris Wallace what he would say to Romney and Kristol, Priebus responded, "I think they should consider the ramifications of what's going to happen on the Supreme Court, get assurances from Donald Trump that they're satisfied with that would show that he's committed to those conservative justices ... and I think that's the better way to go as opposed to this third party route."

In particular, Sessions said Trump has much to learn about how to talk about matters of war, saying "It's just a very, very complex world and you have to be careful when you commit a military force."

Rep. Tom Cole, R-Okla., a onetime Trump critic who nonetheless has vowed to back him in November, called him "a work in progress," more so than most candidates. "Usually you know a lot more about a candidate because they've run for other things. They've cast votes. They've done things. And he does have a shoot-from-the-hip style."

GOP officials are still trying to determine who should be the leading voice for party barely six months before Americans choose their next president in a likely showdown between Trump and Clinton, a former senator and secretary of state. Trump and House Speaker Paul Ryan, R-Wis., who held a high-profile meeting in Washington last week, represent two Republican factions. Ryan has said he is not yet ready to back Trump.

Trump and Ryan said after their meeting Thursday that they were committed to unifying the party despite their difference over immigration, Muslim immigrants, taxes, benefit programs and trade. The discussion seemed to thaw relations enough to make a reconciliation seem possible, and the men spoke of keeping the lines of communication open and of finding common ground.

Ryan's predecessor as speaker, John Boehner, said at a conference of finance industry leaders in Las Vegas on Thursday that he endorsed Trump and that Ryan probably was "trying to help shape the direction of Trump's policies."

What concerns many Republicans is the prospect of their backing Trump and then having him stumble over the party's core policy issues. For example, he once suggested in an MSNBC interview that there should be "some form of punishment" for women who have had abortions. Ultimately, Trump said abortion providers, not women, were the ones who should be punished if abortions were outlawed.

The policy education for Trump and his team appears to be underway.

A few weeks ago, top aide Paul Manafort spent about an hour at the conservative Heritage Foundation Washington as part of what the think tank described as part of an ongoing series of policy briefings for candidates and their advisers. Other Trump officials have been meeting with individual members of the House. Trump himself met with senators on the same day he met with Ryan, and many emerged describing an open-minded, even earnest candidate.

And lately, Trump has taken to describing his policy proposals as merely "suggestions." But Trump also has said he's his own best foreign policy adviser. 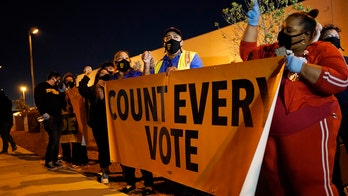