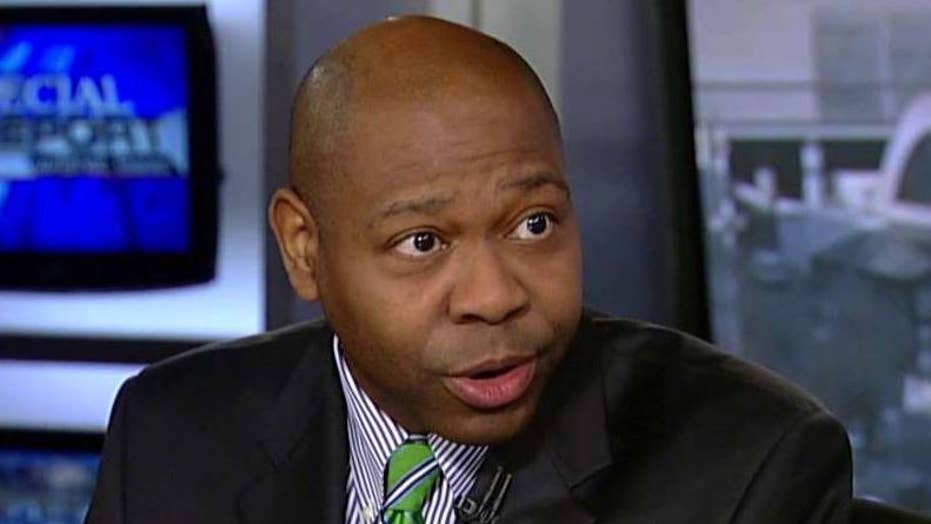 Jason Riley of the Wall Street Journal told viewers Monday on “Special Report with Bret Baier” that Wisconsin is "a very big deal” for businessman Donald Trump in his quest for the Republican nomination for president.

“If Trump does well there, it could mean no contested convention. He could win on the first ballot in Cleveland,” Riley said.

He noted that aspects of Wisconsin will play to Trump’s strengths, such as the state’s many blue collar voters and low number of Evangelicals.

Former candidate and current Wisconsin Gov. Scott Walker is expected to endorse a candidate in his state as soon as Tuesday, and has hinted in interviews that he will support Texas Sen. Ted Cruz.

Walker's upcoming endorsement and a lack of talk radio support in Wisconsin are among the reasons that Trump is fighting to win there with measures including holding campaign events, according to Riley.