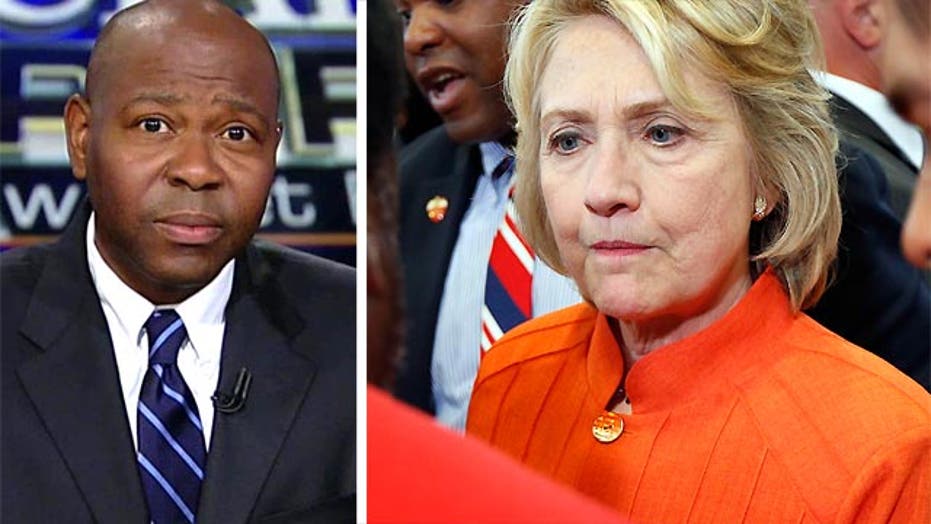 Jason Riley, columnist with the Wall Street Journal said Wednesday on "Special Report with Bret Baier" that the Hillary Clinton campaign is in "panic mode," as they try to tamp down the latest controversy over classified emails.

Riley pointed out that the email issue has dogged her in recent weeks and eclipsed policy announcements aimed at helping the middle class. "The media isn't talking about Hillary Clinton's plan to reduce college costs, plans to address income inequality. They're talking about her server and her email."

The former secretary of state held a news conference Tuesday fielding questions about top secret communications, refusing to directly answer a question about whether she had the server wiped clean.

"That news conference was a disaster; I think they're in damage control mode," Riley said.