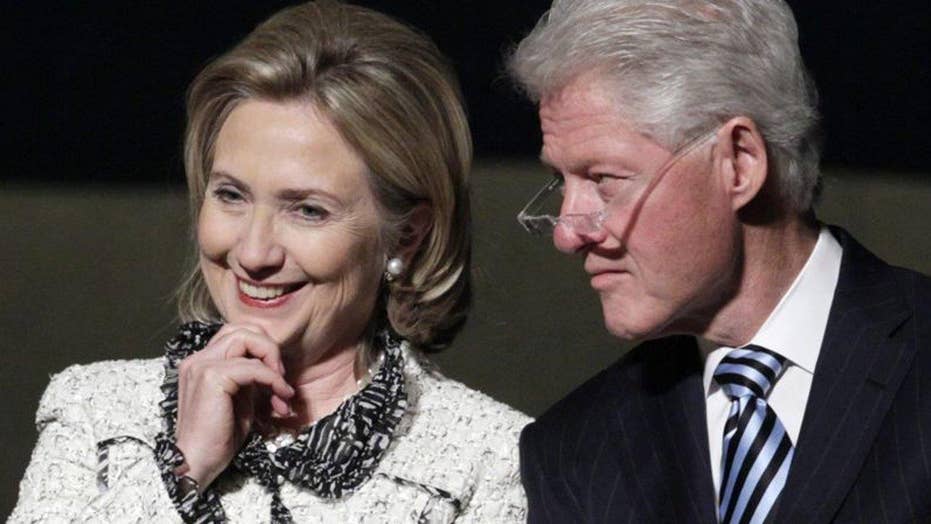 The Clinton Foundation has accepted millions from Middle Eastern and other foreign governments that criminalize homosexuality – but prominent gay rights groups in America have stayed silent on the apparent disconnect between Hillary Clinton’s rhetoric and the donations.

"Unquestionably, they're not standing up for their principles," said Human Rights Foundation President Thor Halvorssen.

The presumptive Democratic presidential nominee frequently talks about her support for the LGBT community, while ripping what she describes as discriminatory policies in the U.S.

But published reports and figures provided by the Clinton Foundation on its website show the group has accepted millions from countries that prosecute and imprison gay people – and worse. The following is an overview of those contributions, as well as policies from donor nations as detailed by the International Lesbian, Gay, Bisexual, Trans and Intersex Association (ILGA).

"The Clinton Foundation probably should have to give the money back because they shouldn't take money from these totalitarian countries that punish and torture and execute gay people for being gay," said Matthew Vadum, vice president of the Capital Research Center, which analyzed donations to the Clinton Foundation.

But the outrage elsewhere is muted.

Fox News contacted more than a half-dozen prominent gay rights organizations including The Human Rights Campaign; GLAAD; the International Gay and Lesbian Human Rights Commission; the Los Angeles LGBT Center; and the Gill Foundation. None would comment on what critics consider Clinton's hypocrisy, promising to protect gay rights while enriching her foundation by promoting ties with repressive governments that violate those rights.

Halvorssen said these governments are “essentially buying their way into the good graces of someone who could be the next president” and underscored the disconnect with Clinton’s message on the campaign trail.

"The Clintons constantly talk about how they are friends and allies of the gay community, yet here they are receiving tens of millions of dollars from governments that actually execute people for being gay," he said.

Foundation representatives did not return calls or emails asking if the organization had any future plans to decline contributions from regimes that repress gay rights.

"It doesn’t make any sense to me and I think people are starting to realize it’s internally contradictory," Vadum said. "The hypocrisy lies in the fact that Hillary Clinton's foundation takes money from countries where gay sexual acts can be punished by death or by flogging or by other nasty punishments. And so it doesn't make a lot of sense to get upset about comparatively trivial problems here in America that gays face compared to death and torture and dismemberment as they experience every day in countries where Islamic and Sharia law prevail."

Case in point, recall the backlash Clinton received for appreciating Nancy Reagan’s “low-key advocacy” on HIV/AIDS, saying “it penetrated the public conscience, and people began to say, ‘Hey, we have to do something about this.’”

Clinton faced a swift and fierce backlash from gay rights groups, including the nation's largest, the Human Rights Campaign, which considered pulling its endorsement.

Clinton offered an apology within hours.