Energy Secretary Rick Perry on Monday denied rumors that he would resign amid allegations he played a role in the controversy surrounding President Trump and Ukrainian officials.

“No. I’m here, I’m serving," Perry said at a news conference in Vilnius, Lithuania, as Politico reported. “They’ve been writing the story for at least nine months now. One of these days they will probably get it right, but it’s not today, it’s not tomorrow, it’s not next month."

Politico had reported that Perry was expected to announce his resignation by the end of November. 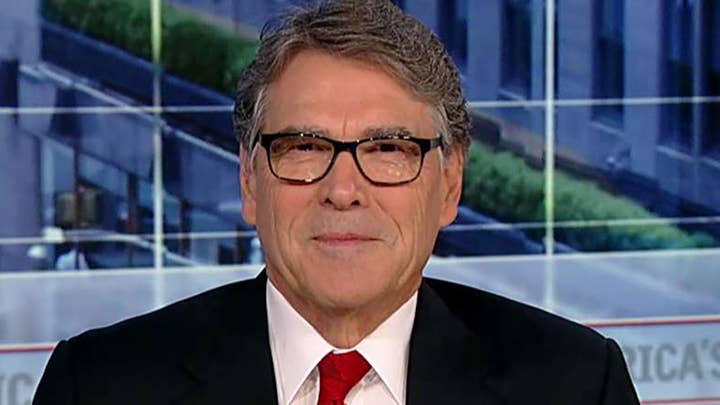 A recent Axios report said Trump told House Republicans that he called Ukranian President Volodymyr Zelensky in July based on a recommendation by Perry. The issue centered on allegations that Trump pressured Ukrainian officials to investigate former Vice President Joe Biden and his son, Hunter, over their business dealings in the country. Trump repeatedly has denied doing anything wrong.

The former Texas governor acknowledged pressing Trump to call Zelensky, has denied mentioning the Bidens to either leader.

“Absolutely, I asked the president multiple times, ‘Mr. President, we think it is in the United States’ and in Ukraine’s best interest that you and the president of Ukraine have conversations, that you discuss the options that are there,’” he said.

He also denied pressuring the Ukrainian government two appoint two American businessmen on the board of the state-owned gas company, Naftogaz. He did say he made some recommendations, but only at the behest of that country.