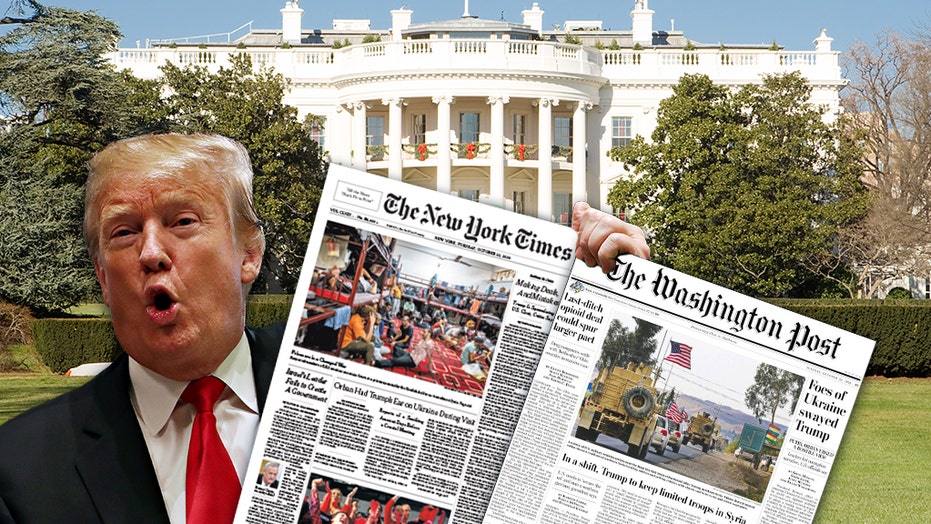 In a tweet, the former four-star general, now an NBC contributor, called the decision a "watershed moment in history."

"The White House Trump statement telling the entire Federal Government to terminate subscriptions to the NYT and Wash Post is a watershed moment in national history,” McCaffrey said. “No room for HUMOROUS media coverage. This is deadly serious. This is Mussolini.”

On Tuesday, the White House said it would not renew subscriptions to both newspapers a day after Trump told Fox News' Sean Hannity that “we don’t even want it in the White House anymore."

“We’re going to probably terminate that [The Times] and The Washington Post. They’re fake,” he said.

Trump has repeatedly accused both papers -- and a number of other media outlets -- of unfair coverage.

McCaffrey has criticized Trump on several other occasions. Earlier this year, he warned of Trump pardoning military personnel accused of war crimes, destroying U.S. alliances with Europe, and called him a "serious threat to U.S. national security."

McCaffrey has also taken issue with disparaging comments made by Trump against former Defense Secretary Jim Mattis, whom the president called "the world's most overrated general."