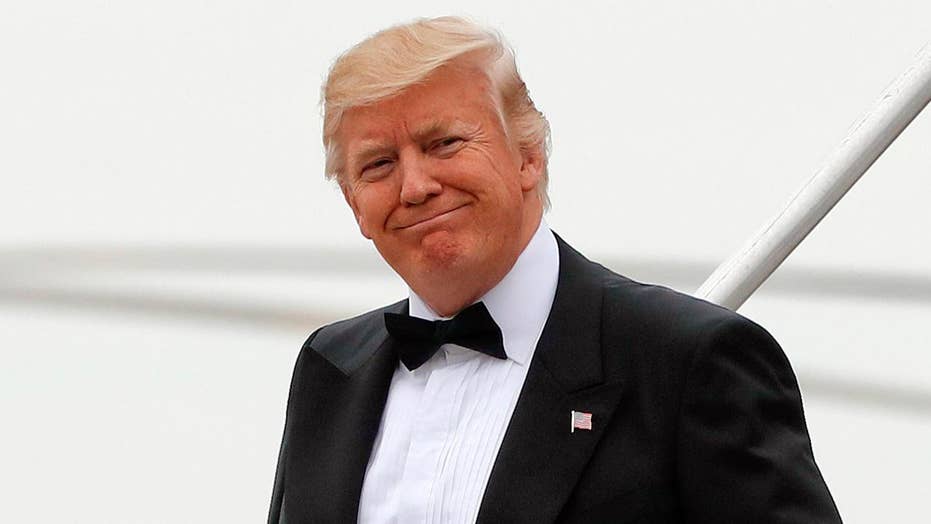 The president is looking to fill seats currently open on the lower federal courts and to help shape the way he thinks the court system should be run; Kevin Corke reports for 'Special Report'

For example, in the federal appeals courts, one level below the Supreme Court, Obama named about one-third of all judges presently sitting.

Now it’s Donald Trump’s turn to transform the courts. With more than 120 openings on the federal bench, the White House has just announced a slate of 11 new judicial nominees.

Court observers say the nominees will be a positive addition to the courts.

Carrie Severino, chief counsel and policy director of the Judicial Crisis Network, called it a “fantastic list” with nominees who “have shown commitment to principled and even-handed application of the law throughout their careers.”

Bibas is a professor of law at the University of Pennsylvania who clerked for Supreme Court Justice Anthony Kennedy. Eid, who clerked for Justice Clarence Thomas and was professor of law at the University of Colorado, is at present a justice on the Colorado Supreme Court. Erickson is a district court judge in North Dakota who presided over the state’s first federal death penalty case.

“President Trump continues to pick current and former academics for the appellate bench,” Adler said. “This will only magnify the impact his nominees are likely to have on the federal courts.”

The other nominees are Michael P. Allen, Amanda L. Meredith and Joseph L. Toth for the Veterans Claims Appeals Court, Dabney L. Friedrich, Timothy J. Kelly and Trevor N. McFadden for the District Court of the District of Columbia, Stephen S. Schwartz for the Court of Federal Claim and Claria Horn Boom for district judge of the Eastern and Western Districts of Kentucky.

Sen. Orrin Hatch, R-Utah, has called for swift action on the nominees.

“President Obama understood the singular importance of the lower courts, which is why he was so vigorous in appointing judges with a greater commitment to the liberal political agenda than to our Constitution,” Hatch said in a statement released Wednesday.

But he said President Trump can turn things around.

“The time has come to right the wrongs of the previous administration,” he said. “These supremely qualified jurists will restore respect and credibility to the judicial branch by saying what the law is—not what it ought to be.”

Even though the president’s term has just begun, the judges he puts on the bench could be one of his most important and long-lasting legacies.