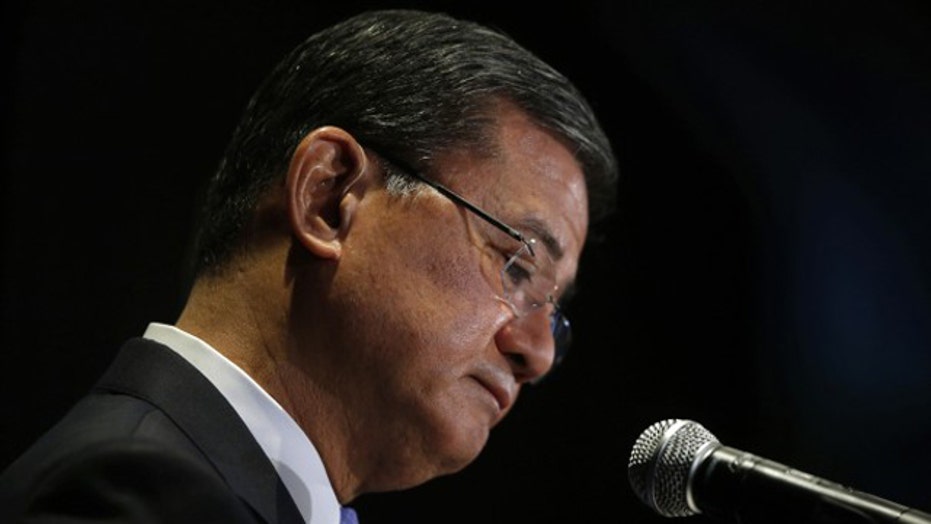 Shinseki resigns: What's next for the VA?

House Speaker John Boehner, R-Ohio, and other Republicans say that they intend to keep the pressure on President Obama over the mismanagement of the Department of Veteran Affairs, despite the departure of secretary of the agency Eric Shinseki.

"One personnel change cannot be used as an excuse to paper over a systemic problem,'' House Speaker Boehner said. "Our veterans deserve better. We'll hold the president accountable until he makes things right."

The Wall Street Journal reports that Boehner never directly called for Shinseki to step down from his role as some Republicans believed that such a move would take the heat off President Obama.

With President Obama’s falling popularity a possible benefit to the GOP in the upcoming midterm elections, lawmakers are keen to keep the focus on the VA scandal and to link it to other examples of what they claim is evidence of mismanagement from the Obama administration, such as the glitch-ridden rollout of the HealthCare.gov website.

"I continue to be alarmed by the mismanagement and lack of accountability that has become a pattern in the Obama administration," Rep. Scott Rigell, a Republican from Virginia's military-heavy Norfolk area told The Wall Street Journal.

Democrat political operatives signaled they were ready for a fight over the issue in the midterms, with the Senate Democrats’ main campaign arm taking aim on their website at various Republican candidates over their voting records on veterans’ issues such as funding for health-related research for veterans.

"Politicizing the problems at the VA is disgusting and appalling, but typical for Senate candidates that have a record on veterans' issues that they should be ashamed of," the Democratic Senatorial Campaign Committee said.