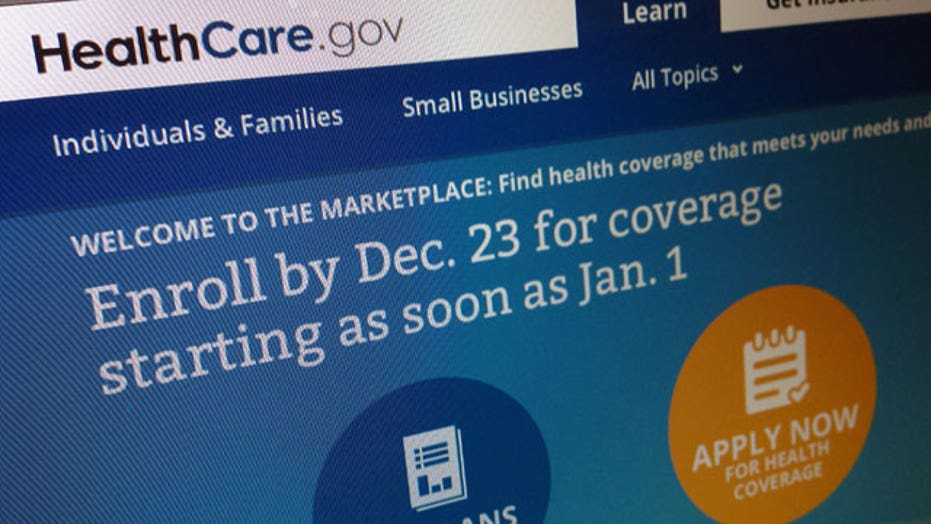 On the heels of the massive security breach at Target, House Republicans are warning that HealthCare.gov should give consumers a similar scare -- and they're making the issue a top priority in the new year.

According to a House GOP memo obtained by Fox News, Republican leaders plan to take up legislation when they return from the holiday break to strengthen security requirements for the ObamaCare exchanges.

"American families have enough to worry about as we enter the new year without having to wonder if they can trust the government to inform them when their personal information -- entered into a government mandated website -- has been compromised," House Republican Leader Eric Cantor said in the memo to colleagues on Thursday.

Cantor cited widespread warnings that personal information could be breached after it's entered into the new health law system. One recent report from data company Experian cautioned that the millions entering the insurance exchanges will "increase the vulnerability of the already susceptible healthcare industry."

Experian warned that the industry, "by far, will be the most susceptible to publicly disclosed and widely scrutinized data breaches in 2014."

Cantor said he plans to "schedule legislation" dealing with this issue "when we return next week."

The Centers for Medicare and Medicaid Services, in response to Cantor's memo, stressed that the security of the system is monitored by sensors and other tools to deter breaches, and tested regularly.

"The privacy and security of consumers' personal information are a top priority for us," CMS spokesman Aaron Albright said in an email. "When consumers fill out their online Marketplace applications, they can trust that the information that they are providing is protected by stringent security standards. To date, there have been no successful security attacks on Healthcare.gov and no person or group has maliciously accessed personally identifiable information from the site."

One of the bills Cantor cited, introduced last month by Rep. Diane Black, R-Tenn., would require the federal government to notify individuals if their personal information has been compromised via HealthCare.gov.

"If a breach occurs, it shouldn't be up to some bureaucrat to decide when or even whether to inform an individual that their personal information has been accessed," Cantor wrote.

Under current policy, an agency within the Department of Health and Human Services is tasked with deciding whether there is a risk of harm and whether individuals need to be notified whenever a security breach occurs. Republican lawmakers argue that the notification should not be optional.

Cantor, in his memo, likened the risks surrounding HealthCare.gov to the recent data breach at Target.

"It is clear that the New Year has brought no change in heart for House Republicans," spokesman Drew Hammill said. "They continue to remain intent on undermining or repealing the Affordable Care Act at every turn, and that effort even extends to scaring their constituents from obtaining health coverage."

The administration, for its part, has downplayed security concerns. It has devoted resources to fixing the myriad glitches with HealthCare.gov which prevented many people from signing up for coverage after the Oct. 1 launch.

Ahead of the Jan. 1 start of coverage, though, the administration said enrollment had surged past 2 million in both federal- and state-run exchanges.