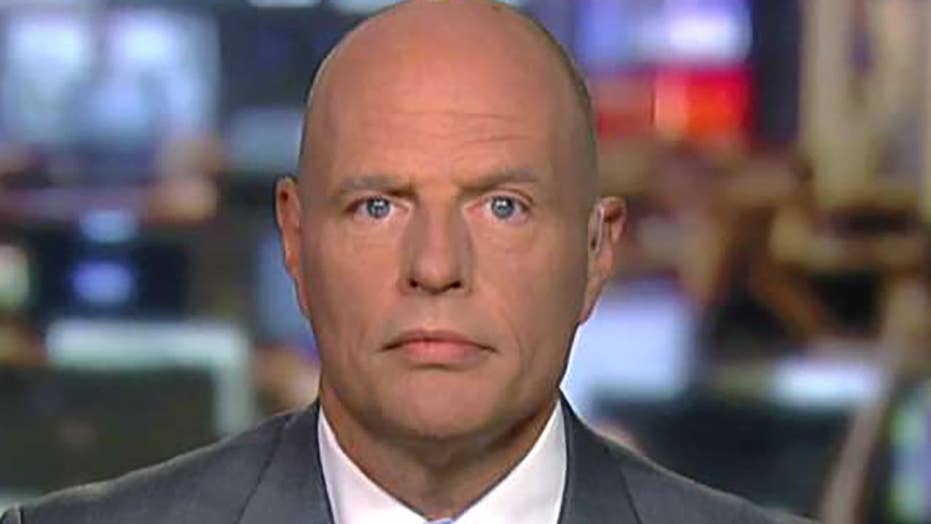 Former acting ICE director: Nobody is safer when a country protects someone who is a criminal

Ronald Vitiello on why he believes sanctuary city policies are bad for Americans' safety.

Republican leaders claim that House Oversight Committee Chairman Elijah Cummings, D-Md., is violating an agreement between their parties after the Democrat subpoenaed two Department of Homeland Security officials without consulting with the GOP minority.

“If you proceed with this subpoena over our objections, you will once again violate our bipartisan agreement about subpoenas, trample on long-held minority rights in the House of Representatives, and prove the partisan nature of your inquiry,” Jordan and Roy said in a letter to Cummings sent late Friday.

The subpoenas were sent so that Cuccinelli and Albence could provide testimony regarding the decision for USCIS to cease giving consideration to requests for deferred action from illegal immigrants with “non-military special circumstances,” which includes medical needs. Democrats criticized the move after the change went into effect Aug.7, leading the Trump administration on Sept. 19 to reinstate the USCIS deferred-action process.

Jordan and Roy claim that this reversal eliminated the necessity for subpoenas.

“These subpoenas are an unnecessary and abusive tactic to use against an Executive Department that has already reached your desired policy outcome,” their letter said.

In a letter sent to committee members on Thursday, Cummings explained that ICE and USCIS had failed to provide documents and information that had been requested. The request’s deadline was Sept. 13, six days prior to the policy reversal. A Sept. 18 letter from Civil Rights and Civil Liberties Chairman Rep. Jamie Raskin, D-Md., sought testimony from Albence and Cuccinelli at a Sept. 26 hearing. On Sept. 19, Cuccinelli responded by saying that the old policy was back in place, and that he would not testify because it was a “resolved issue.”

Cummings was not satisfied with this, noting that then-Acting Homeland Security Secretary Kevin McAleenan only directed USCIS to grant deferred action in cases of “compelling facts and circumstances,” and Cummings wanted more information about what that ultimately means. ICE and USCIS later provided answers to some of the Oversight Committee’s requests, but did not turn over any documents.

Addressing the issue of consulting with Republicans prior to issuing a subpoena or holding a vote, Cummings said there was no time due to the current House recess.

“With respect to holding a Committee vote, our agreement states that ‘[t]here will be exceptions to this policy,’ such as when ‘the calendar does not permit the Committee to schedule a markup,’” Cummings said, referring to the two-week recess and a lack of time to hold a vote prior to Thursday’s hearing.

Jordan and Roy did not buy that excuse.

“There is ample time to convene an ‘open proceeding and a vote’ so that members have ‘an opportunity to go on the record for some of the most important work they will do,’” they said, claiming that Cummings has “manufactured the illusion of exigency to suit your purpose by failing to act until now.”