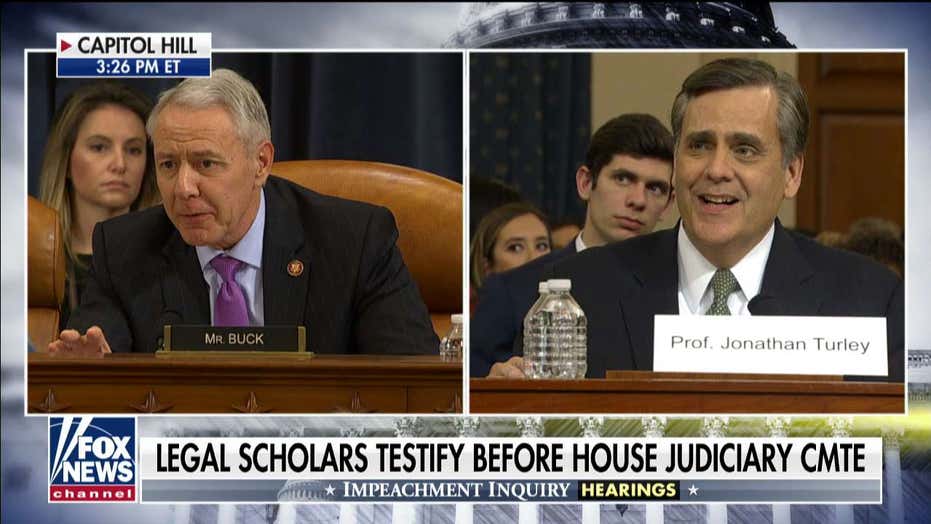 Rep. Ken Buck, R-Colo, criticized Democrats and proponents of impeaching President Trump Wednesday, claiming their overbroad definition of an impeachable offense and "abuse of power" would have decimated the ranks of the presidency if applied in the past.

Buck, a member of the House Judiciary Committee, invoked his preceding questioner on the panel, Rep. Ted Deutch, D-Fla., who had claimed Trump abused the power of the presidency.

Deutch claimed Trump's alleged abuse amounted to attempting to "use that power to cheat in our elections."

"He abused the power that we trusted him with for personal and political gain," Deutch claimed. "The founders worried about just this type of abuse of power." 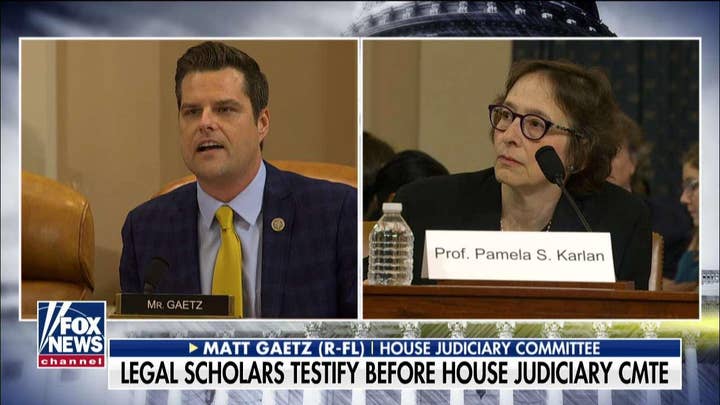 In response, Buck turned to George Washington University Law Professor Jonathan Turley and recited a litany of examples of alleged "abuse of power" by Trump's predecessors.

Turley responded that those acts would likely "be subsumed" into the broad definition of impeachable conduct others had set.

The professor offered similar answers to Buck's other examples, including a claim that former President Lyndon Johnson wiretapped Sen. Barry Goldwater's campaign plane during the 1964 presidential election and enlisted a CIA spy to infiltrate Goldwater's camp.

"John F. Kennedy directed his brother, Robert Kennedy, to deport one of his mistresses as an East German spy," Buck added, before claiming that former President Barack Obama committed similar abuses of power by declaring the U.S. Senate to be in "recess" so he could make appointments to the National Labor Relations Board -- an action which the Supreme Court later unanimously ruled to be unconstitutional.

Buck also claimed Obama abused his power in his handling of the aftermath of the 2012 Benghazi attack that left four Americans dead, including then-Ambassador J. Christopher Stevens.

The congressman also noted that former President Abraham Lincoln had sent federal troops to Frederick, Md., to arrest pro-Confederate Maryland legislators while they sat in a session at the Washington suburb.

Buck said the Lincoln administration didn't want Maryland to secede from the Union, as Washington D.C. would have been surrounded by the Confederacy. Those actions came after a Union regiment from Massachusetts was attacked by Confederate sympathizers while passing near Baltimore during a southward march. 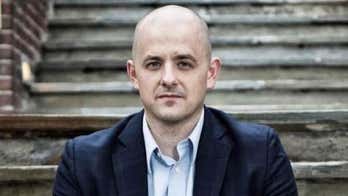 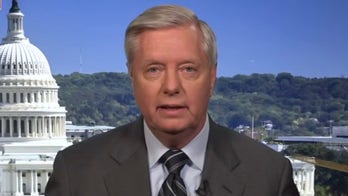