Republican Gov. Glenn Youngkin of Virginia is taking steps to expand his political influence across the nation.

Youngkin is setting up two new political groups that will allow him to help fellow Republicans in gubernatorial races across the country, as well as take aim at two House Democrats from Virginia who are high on the GOP’s target list in November’s midterm elections.

Youngkin, a first-time candidate who hailed from the business wing of the Republican Party, narrowly defeated former Democratic Gov. Terry McAuliffe last November in a statewide contest with plenty of national implications.

By tapping into parents’ anger over decisions by their local school boards amid classroom shutdowns caused by the coronavirus pandemic, and by spotlighting the educational culture wars, Youngkin was able to make gains among suburban voters who supported Democrats in the 2018 and 2020 elections.

Youngkin, who was able to keep former President Donald Trump at arm’s length but still command the strong support of far-right voters, became the first Republican to win a gubernatorial election in Virginia in a dozen years.

Many Republicans look to Youngkin’s 2021 victory as a blueprint for how GOP candidates should run in this year’s midterms.

"He is excited to grow that movement and keep the momentum going to help others win, especially those who will flip blue states to red, just as he did in Virginia last year," Davison emphasized.

The creation of the two political groups, which was first reported by Politico and confirmed by Fox News, will allow Youngkin to raise money or hold campaign events on behalf of other GOP gubernatorial candidates. Thirty-six states hold elections for governor this November, and the GOP is targeting more than half a dozen Democratic incumbents running for re-election.

The move by Youngkin is also likely to spark speculation about his possible national ambitions. 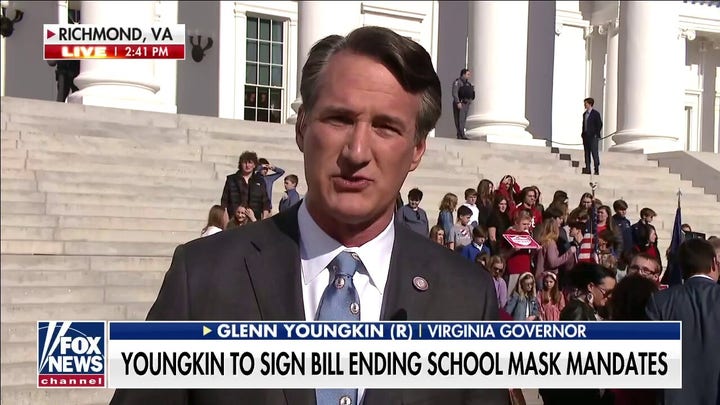 Virginia governors, by state law, are restricted from serving consecutive terms, and immediately after his election last November, some pundits started looking at Youngkin as a possible 2024 GOP presidential contender. He was even invited to a political event in New Hampshire, the state that for a century has held the first primary in the White House race.

While Youngkin and his political team have downplayed such talk, the creation of the two political groups could eventually be used as a vehicle to test the presidential waters.

The two groups are Sprit of Virginia, a political action committee, and America’s Spirit, a nonprofit advocacy group. Both can accept financial contributions of unlimited size. Spirit of Virginia last month started running an ad urging the passage of the governor’s state budget. And the PAC can be used next year to help Republicans make gains in state legislative elections.