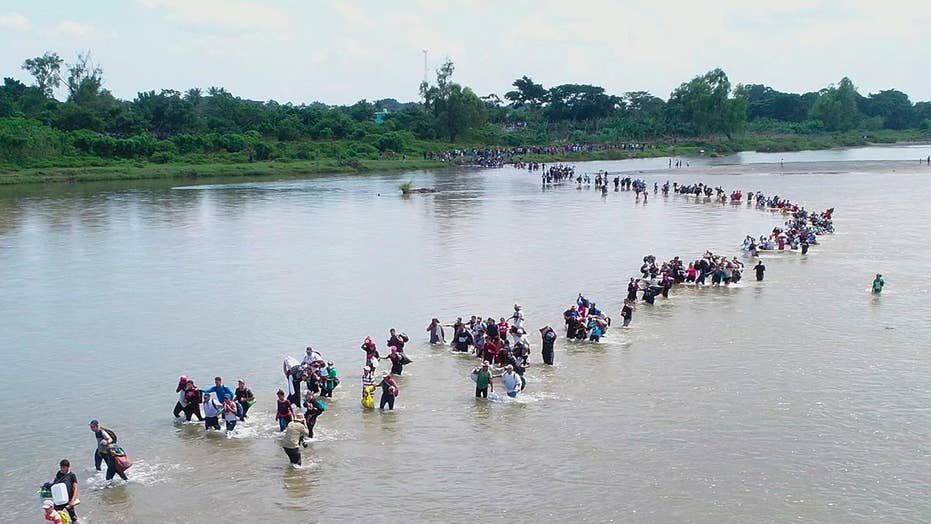 Congress struggles to agree on a spending bill as shutdown deadline approaches; reaction and analysis from the 'Special Report' All-Star panel.

Congress faces a Friday-at-midnight deadline to pass a spending package, but the parties remain at odds after the House passed a measure containing $5.7 billion for a border wall – something Senate Democrats say they won’t support.

When asked about the logistics of how the Congress might pass a budget through both chambers that includes border funding, Stoddard offered a grim forecast -- since Vice President Pence already told senators that they could “go home” after the chamber on Wednesday approved an earlier stopgap measure that did not include the wall funding.

“A congressman, who is close to leadership and knows what’s going on, told me … that they don’t know what’s going on, they weren’t certain that they’d have the votes, and they were hoping that even if it failed, the president would come to his senses. There wasn’t a Senate plan, there was a ‘President Trump comes to his senses’ plan,” Stoddard said. “I think the nation’s fourth-graders know this is no way to run a lemonade stand. This is completely irresponsible. The markets are rattling on the prospect of a shutdown that’s turning on Ann Coulter’s tweets.”

Coulter was among the conservatives who urged Trump to fight for border-wall funding.

York noted that there were many stories that Trump was “caving” amid the outcry from prominent conservatives like Rush Limbaugh and Coulter. He also told the panel that House Republicans were “affected” by Nancy Pelosi and Chuck Schumer’s predictions that Trump didn’t have the votes in the House for a budget that included funding for the border wall.

House Republicans proved Thursday night they did have the votes.

Meanwhile, Continetti told the panel that congressional Democrats seemed “more emboldened” in this budget battle since the heated exchange last week at the White House between Trump, Pelosi, and Schumer.

“This has put President Trump in a very precarious political position because on the one hand, both the shutdown and the wall are unpopular with the public at large -- but when it comes to his conservative base, if Trump fails to secure money for the wall and during this, which may be his last opportunity, that means the base might rebel,” Continetti said.