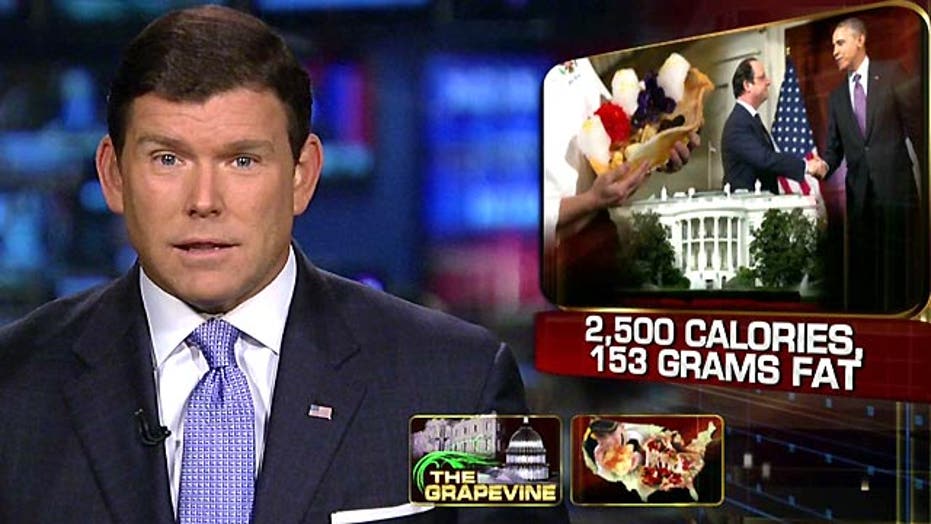 As the federal government sets strict guidelines for school lunches, one lawmaker is trying to make sure the White House lives by the same rules -- even if it means taking all the fun out of state dinners like the one being held Tuesday night.

Rep. Rodney Davis, R-Ill., is pushing a bill that would require meals served at White House state dinners and other functions to abide by the same calorie restrictions as those served to America’s school kids. Though the bill may stand little chance of passage, he describes it as a message that if the government wants to dictate what children can eat, they should lead by example.

“Back home our school districts and students are frustrated and feel like their government is not listening,” Davis, R-Ill., said.

For sure, Tuesday night's state dinner in honor of French President Francois Hollande would not meet the guidelines. It wouldn't even come close.

The dinner boasts a number of high-fat, high-calorie foods which would be purged from school cafeteria trays, including a rib-eye steak with blue cheese that packs close to 1,000 calories alone. If a guest were to eat all four courses of the meal, according to one estimate, they would consume 2,500 calories and 152 grams of fat --- not counting alcohol.

That’s a far cry from the USDA’s calorie guidelines for school kids, which only allow elementary school kids a maximum of 1,150 calories for breakfast and lunch.