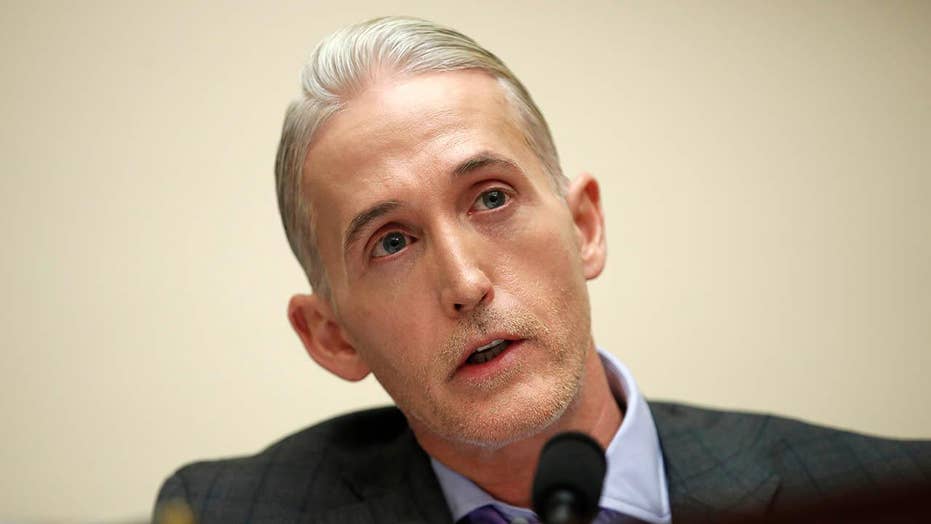 Gowdy, who says he plans to return to the justice system, joins more than 30 House Republicans who are retiring or running for another office; reaction and analysis from Peter Nicholas, White House reporter for the Wall Street Journal.

South Carolina Republican Rep. Trey Gowdy, the chairman of the House Oversight Committee, announced Wednesday that he is retiring from Congress at the end of his term, becoming the latest high-profile committee chairman to opt against re-election.

“I will not be filing for re-election to Congress nor seeking any other political or elected office; instead I will be returning to the justice system,” Gowdy said in a statement.

The former federal prosecutor was elected to Congress in 2010. He quickly gained fame for his role in investigating Obama administration scandals on the Oversight Committee and then as the chairman of the House Select Committee on Benghazi.

The 53-year-old Gowdy, a member of the House Intelligence Committee, has been outspoken about the FBI’s investigations into 2016 Democratic presidential candidate Hillary Clinton’s email practices, as well as the Russia probe involving President Trump and his aides. Most recently, he has been a proponent of publicly releasing the House Intelligence Committee memo on alleged government surveillance abuses.

“Whatever skills I may have are better utilized in a courtroom than in Congress, and I enjoy our justice system more than our political system,” he said. “As I look back on my career, it is the jobs that both seek and reward fairness that are most rewarding.”

During his tenure in Congress, conservatives had unsuccessfully mounted efforts to get Gowdy to run for speaker of the House or majority leader -- efforts he rejected.

Gowdy joins a parade of committee chairs who are leaving at the end of the year.

“He will be sorely missed in Congress, and I wish him and his family success in their future endeavors,” National Republican Congressional Committee Chairman Steve Stivers said in a statement. “The NRCC is confident this seat will stay solidly in Republican control in November.”

In the House, more than 30 Republicans are retiring, resigning or running for another office as anti-Trump sentiment spreads in swing districts. That’s in comparison to just more than a dozen Democrats leaving the House.

The Republican exodus is the largest number of retirements since the 1994 congressional elections, when the GOP – aided in part by a slew of Democratic retirements – took back control of the House during former Democratic President Bill Clinton's first term.

Democrats need to flip 24 seats to take back the House this year.