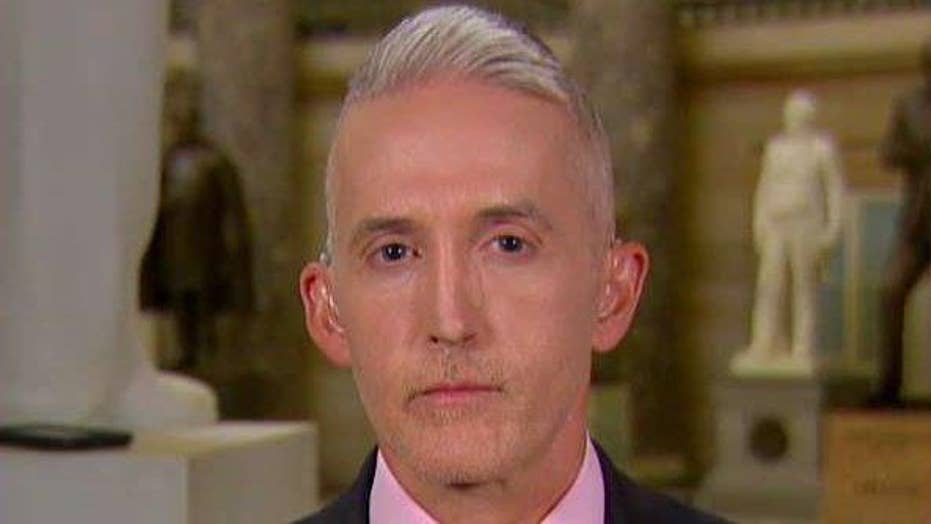 On 'The Story,' congressman reacts to the NYTimes report; discusses choice to remove self from FBI director search

Gowdy, a member of the committee, told MacCallum that Comey was not required to report the Feb. 14 conversation with Trump to the Justice Department.

"I don’t think Director Comey reported President Obama the four different times he prejudged the outcome of an investigation," Gowdy told MacCallum. "Director Comey has not been afraid in the past to say no to presidents and attorney generals. ... I think if he felt like this was an effort to influence him, he knows exactly what to do."

Gowdy also discussed why he took his name out of the running to replace Comey as FBI director.

"Quite frankly, I think the country deserves a woman or a man who is devoid of political taint," he said. "Whether I like it or not, whether I wish I could wash it off or not, I have been in politics for six years."