"It is tiring to hear from so many sex-starved males from this floor talk about a woman's right to choose," she said while speaking on the floor of the House of Representatives.

That comment provoked groans and prompted one of her colleagues to ask if she'd like to rescind that statement.

"Mr. Speaker, if it pleases my colleague on the other side, I will withdraw my statement about sex-starved males on the floor," Torres responded.

Torres was the latest pro-choice advocate to attack male opposition to abortion in the wake of several states passing controversial laws restricting the practice.

A longstanding pro-choice trope says that the decision about whether to carry a child to term should be between a woman and her doctor. However, a leading pro-choice organization -- NARAL Pro-choice America -- has implored men to speak out about the issue as part of a "Men for Choice" campaign.

The latest abortion debate has been dominated by women on both sides, with pro-choice advocates like NARAL President Ilyse Hogue opposing pro-life advocates like Live Action Founder Lila Rose.

Also on Wednesday, Illinois' Democratic governor J.B. Pritzker signed a law establishing abortion as a "fundamental right." Challenges to that and other state laws could reach the Supreme Court and prompt a reconsideration of Roe v. Wade, the landmark 1973 decision making abortion legal nationwide. 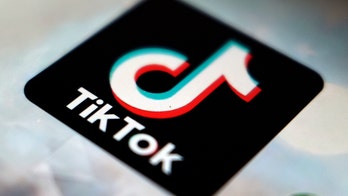