The U.S. must offer a "measured response" to Iran's downing of an American drone over the Strait of Hormuz, according to a Republican member of the House Homeland Security Committee.

"I think we clearly need a measured response here," Green said. "I think the world needs to see, honestly, smoke and fire. I think Kim Jong Un needs to see smoke and fire. There's been an attack on the U.S. military and if we don't respond, we are incentivizing future attacks."

"There's been an attack on the U.S. military and if we don't respond, we are incentivizing future attacks."

Green added that President Trump acted responsibly and conservatively to the attack on the unmanned drone.

"Let's give President Trump some credit," Green said. "He's had a very measured response here. He even gave them an out with this 'potentially it was a trigger-happy guy.'." 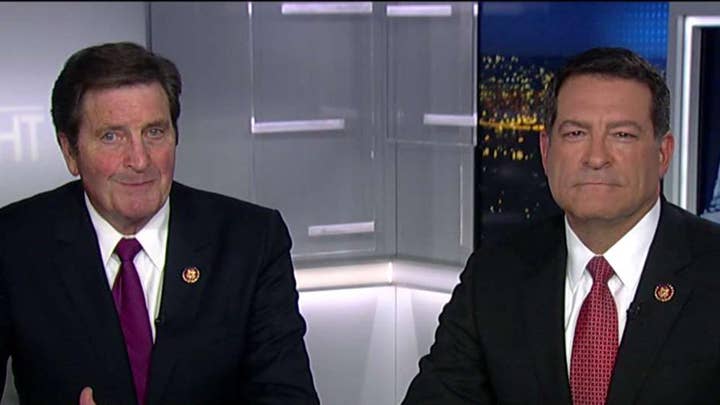 Top administration officials and lawmakers met at the White House late Thursday for a classified briefing about the incident. They suggested that a "measured" U.S. response is likely coming soon.

Shanahan was spotted outside the White House carrying a folder stamped "SECRET/NOFORN," an intelligence classification category prohibiting distribution to anyone outside the government.