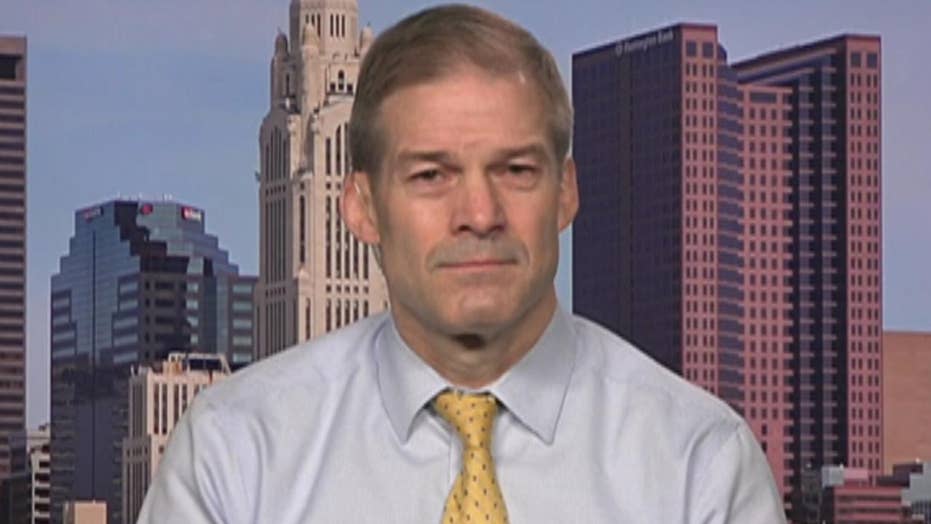 Jim Jordan: 'Scary' to think about unelected officials trying to oust the president

The Republican lawmaker is calling on ex-FBI Deputy Director McCabe, Deputy Attorney General Rosenstein to answer questions under oath to Congress on their efforts to thwart President Trump.

Rep. Jim Jordan, R-Ohio, pushed back Tuesday on ex-FBI Deputy Director Andrew McCabe’s claims he informed top Congressional leaders and that no one objected to the investigation into President Donald Trump and his alleged ties to Russia.

Speaking to “Fox & Friends” host Brian Kilmeade, Jordan said he was never informed by McCabe and blasted him as someone who cannot be trusted.

“I was never informed or I would have objected,” Jordan, who was a key member of the House Judiciary Committee at the time, said.

McCABE IS TRYING TO 'AUDITION AS A RESISTANCE FIGURE' LIKE COMEY DID: CHRIS STIREWALT

“The bottom line is you can’t trust Andy McCabe. He’s lied three times under oath, he was fired at the FBI and he’s currently under investigation at the justice department,” Rep. Jordan added.

The Ohio Republican also took Deputy Attorney General Rod Rosenstein to task and called for both Rosensten and McCabe to face Congress.

“[McCabe] is the third person who has told us that Rod Rosenstein was serious when he made the comments about wearing a wire, and recording the president, and looking to work with members of the cabinet to invoke the 25th amendment,” Jordan told Kilmeade. “I think this just underscores one important thing. We need both individuals — Andy McCabe, Rod Rosenstein, two different stories — you need them both under oath answering questions from Congress.”

During his interview on NBC’s “Today Show” Tuesday morning, the former FBI deputy director made the explosive claims about informing top Congressional leaders about the formation of a probe involving Trump.

“I told Congress what we had done,” McCabe told host Savannah Guthrie.

“That’s the important part here, Savannah," McCabe replied. "No one objected. Not on legal grounds, not on constitutional grounds and not based on the facts.”