Democrats on the House Judiciary Committee are looking to formally define what Chairman Jerrold Nadler, D-N.Y., has referred to as impeachment proceedings against President Trump, leading ranking member Rep. Doug Collins, R-Ga., to torch members for stumbling over themselves throughout the process.

Collins pointed out what he believes are problems with how Democrats have conducted their investigation, claiming that they have acted outside the boundaries of House rules and may have made misrepresentations in court filings.

“They have portrayed themselves in just a terrible way over the last eight months and they keep digging their hole," Collins told Fox News' "Sunday Morning Futures."

Democrats on the committee are planning on voting on how the investigation is defined, through a resolution that would set the boundaries of the probe, Politico reported. Collins stated that this is not the way that impeachment investigations are done. 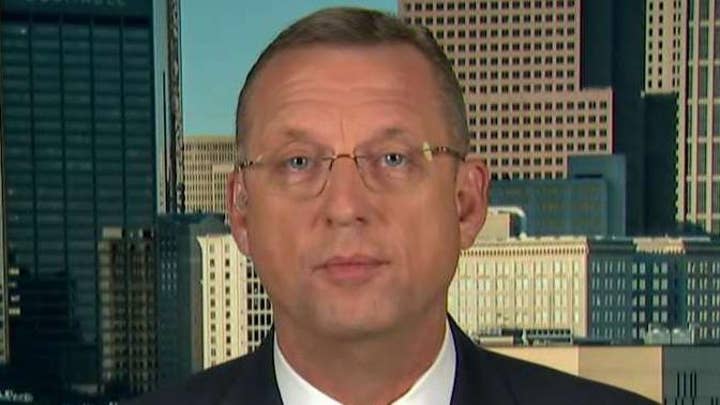 “If they really want to do this, they have to bring impeachment to the floor," he said, pointing to rules that call for the full House to vote on approving an impeachment investigation. "This is simply a show, a travesty, and frankly they should be ashamed.”

The Georgia Republican said that Democrats "can change committee rules as long as they don’t violate House rules."

It was early August when Nadler first told CNN that “formal impeachment proceedings” were taking place, at the same time that he filed a court petition for the disclosure of secret grand jury material from Special Counsel Robert Mueller's Russia investigation. A court filing in a separate case over former White House counsel Don McGahn's refusal to comply with a subpoena to testify indicated that an impeachment investigation had been underway since March. Other statements by various Democrats who called for an investigation led to confusion over whether such a probe had begun yet.

Collins brought up Democrats' inconsistencies, and how the planned resolution to define a probe that they already claimed was taking place could lead to complications in legal battles.

"They claimed to the court ... that they had proper procedures in place for grand jury material and sensitive material. They made a filing in court saying this happened. We made a letter to him saying ‘you don’t have this,’ now this resolution seems to be addressing that issue. I want to know if they’re going to go back to court and say, ‘Sorry judge we lied.’”

Several Democrats, however, had cited various sources for why they can conduct an impeachment investigation without a vote from the full House. A recent court filing from committee Democrats cited their impeachment power under Article I of the Constitution. An op-ed in the South Florida Sun-Sentinel by Rep. Ted Deutsche, D-Fla., claimed that while a House vote was needed in the past, broad committee powers that resulted from changes in 2015 allow them to move forward with an impeachment probe.

House Speaker Nancy Pelosi has yet to join her colleagues in giving full support for impeachment. Democratic presidential candidate Rep. Tulsi Gabbard, D-Hawaii, said in a new interview airing Sunday that she opposes an impeachment inquiry into President Trump because it would “tear our country apart."

When asked if the persistent push toward impeachment was a result of Nadler being worried about leftist primary challenger Lindsey Boylan, Collins said, "It certainly appears that way," given his recent behavior.