WASHINGTON – In the year that will pass before the 2016 campaign for president formally kicks off with the votes in the Iowa Caucus, any number of candidates, donors, political operatives — and people who have nothing to do with American politics — will shape the race for the White House. Here's a look at 10 people (OK, 12 people) who will be worth watching in the next year.

Obama's recent decision to restore America's diplomatic relations with Cuba thrust the issue — and the island nation's communist leader, Raul Castro — into the 2016 contest. The move was vigorously condemned by Florida Sen. Marco Rubio, a Cuban-American eyeing a White House bid who slammed Obama for a deal that "conceded everything and gained little." Should Castro fail to take steps in the next year toward democracy and improving human rights, he would vindicate Rubio's criticisms and highlight his developing rift over foreign policy with Paul, one of the few Republicans to say Obama's move on Cuba was the right one.

Ted Cruz and Rand Paul are no strangers to stirring up trouble in the Senate, but both are tame compared to their fathers. Rafael Cruz, a Dallas-area pastor, says God prefers conservative candidates and that Obama is a "Marxist" who should be sent "back to Kenya." Ron Paul, a physician and former congressman from Texas, opposed almost every facet of government as overreach during his time in office and two Quixotic campaigns for president, winning the nickname "Dr. No." Both fathers are sure to become focal points of scrutiny should their sons enter the race for president.

Perhaps no one has more influence on former Florida Gov. Jeb Bush's presidential aspirations than his wife of 40 years, Columba Bush. Long uncomfortable with media attention, a Bush presidential bid would thrust her into the national spotlight whether she likes it or not. It would also shine a light on their three children, one of whom has struggled with substance abuse. And as the debate over immigration rages inside the party, Columba Bush's background — she is a native of Mexico — could play prominently in her husband's presidential campaign.

The populist senator from Massachusetts is, at the dawn of 2015, the only person who appears able to mount a competitive challenge to Hillary Rodham Clinton in the race for the Democratic nomination. The architect of President Barack Obama's consumer financial protection agency, Warren would be able to quickly raise millions from an already enthusiastic following. She has repeatedly insisted she is "not running for president," but her consistent use of the present tense has left some liberals begging her to get into the race.

The bespectacled chairman of the Republican Party of Kentucky will have a busy 2015 — thanks in no small measure to the political aspirations of the state's junior senator, Rand Paul. As Robertson works to elect a Republican governor for only the second time in 44 years, he will have to figure out whether to help Paul run for president and re-election to the U.S. Senate in 2016 — something nominally barred by Kentucky law. Options include moving up the state's primary or changing the party's rules, but no matter what path Paul's team takes, Robertson will be the man selling it to the public.

As U.S. attorney for New Jersey, Paul Fishman is leading the federal criminal investigation into a scheme to create traffic jams on a bridge that links New Jersey with Manhattan — a political scandal that still hangs over the political ambitions of Gov. Chris Christie. There is no evidence linking Christie directly to the effort to tie up traffic on the bridge, but even if he is formally cleared by Fishman, the federal prosecutor could announce a string of indictments against the governor's former staffers, aides and appointees just as he's announcing his candidacy for president.

A senior adviser to President Barack Obama, Podesta is a trusted Democratic counselor and environmental policymaker who served as Bill Clinton's White House chief of staff. Podesta has said he doesn't intend to leave the White House until Obama's mid-January State of the Union address and could serve as Hillary Clinton's campaign chairman. If he joins the campaign, Podesta would provide stability to an organization that was plagued by infighting in 2007 and 2008 and could help Clinton navigate the party's liberal wing and the final term of Obama's administration.

One of the Republican Party's most powerful donors, the casino magnate has the money to single-handedly bankroll a candidate's presidential prospects — which he did in 2012 for former House Speaker Newt Gingrich. Several White House prospects have already traveled to Las Vegas to court Adelson, the chairman and CEO of the Las Vegas Sands Corp. and one of the world's richest individuals. His advisors suggest Adelson is in no hurry to pick his 2016 favorite, but look for foreign policy — and Israel in particular — to weigh heavily on his ultimate decision. Adelson is a staunch supporter of the Jewish state.

The former president is sure to emerge as the ultimate surrogate if his wife seeks the White House a second time. He was among the most popular campaigners for Democratic candidates during the 2014 elections, and his speech at the 2012 Democratic National Convention helped sell Obama's economic agenda and first-term record. The ex-president has moved past the 2008 campaign, when he testily noted after Obama's South Carolina primary win over his wife that Jesse Jackson had also won the state twice. Yet he remains a wild card, offering both the potential to amplify Hillary Rodham Clinton's message and draw intense fire for any potential misstep.

Terry Branstad has won election as Iowa governor six times, more than any other state chief executive in U.S. history. Joni Ernst was the breakout star of the 2014 midterm elections, a little-known state lawmaker who parlayed rural roots and a military background — along with a punchy television ad about castrating hogs — into a win for U.S. senate. The pair will be sought after by every Republican seeking to kick off their campaign for president with a win in the first-to-vote Iowa Caucus. After two rounds of caucuses in which GOP voters backed a candidate who ultimately failed to win the nomination, Branstad orchestrated a takeover of the Iowa GOP in 2014, attempting to broaden the base and nudge disciples of former Texas Rep. Ron Paul out of party leadership. Ernst says she'll say neutral in 2016, but voters are sure to look for any signals from their new senator as to how she'll caucus on the cold Iowa night that officially starts the race to Election Day. 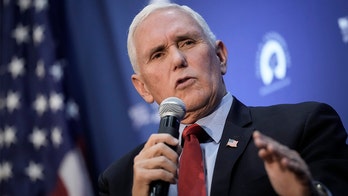 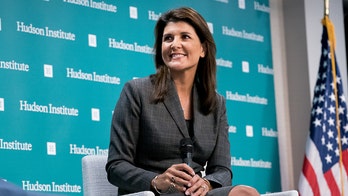 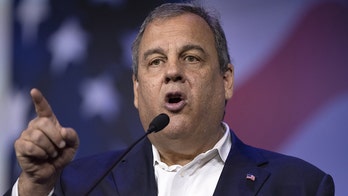