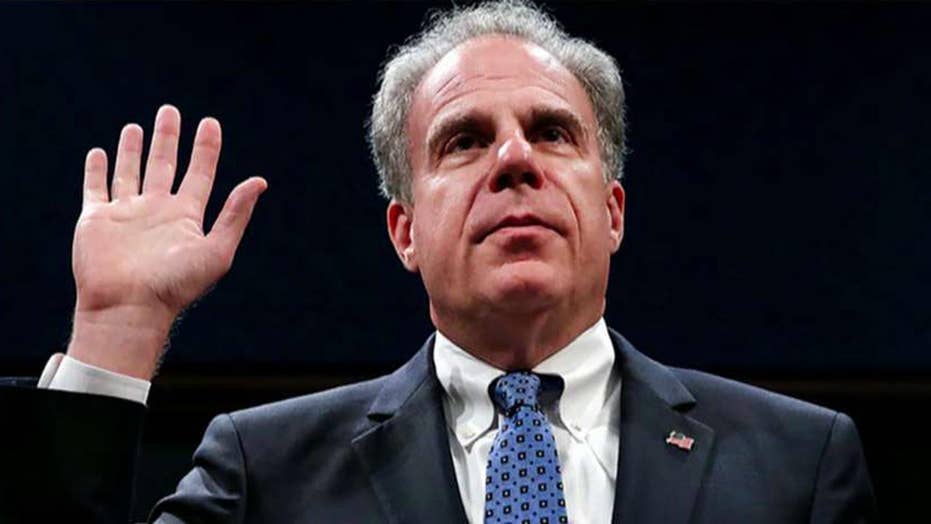 Rep. John Ratcliffe said on "Hannity" that the Justice Department inspector general concluded his probe into alleged abuse of the FISA court process during the investigation of the Trump campaign in 2016.

"He related that his team’s investigative work is complete. They are now in the process of drafting the report. I would expect that it will be a draft that will be completed in short order," Ratcliffe told guest host Jason Chaffetz.

The House Judiciary Committee member said he does not expect the report to become public "any time real soon," adding it's uncertain whether members of Congress will get to see the report before their August recess.

Ratcliffe said the draft report will have to be reviewed by the FBI and DOJ because about 20 percent includes classified material, according to Horowitz.

Ratcliffe was joined on the show by former Rep. Trey Gowdy, who outlined the line of questioning Republicans should pursue when former Special Counsel Robert Mueller testifies before House lawmakers July 17.

"Did Mueller bother to find out whether or not the Russian government was feeding that dirt through. Christopher Steele to Fusion G.P.S.? Did he even ask? And the legal issue that is really important... If you can resist an unlawful arrest can you really obstruct an unpredicted investigation? Which is why it's important where Muller began. And I don't think he began by figuring out the origins of the Russia probe as it relates to Trump," Gowdy said.

"Set low expectations... It's five minutes.  It's impossible to unlock the mysteries of the world in five minutes," Gowdy added.