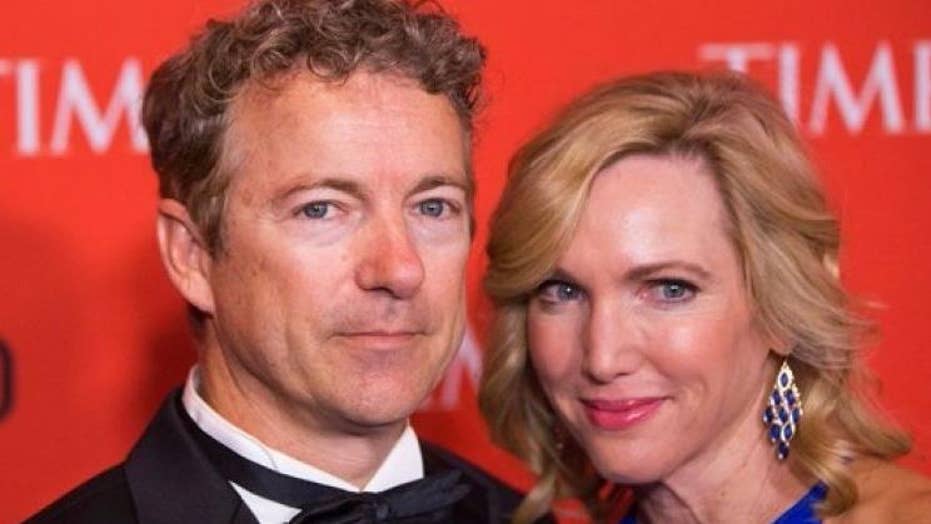 Sen. Rand Paul's wife speaks out about attack in op-ed

Kentucky senator's wife says there was no ongoing dispute with the neighbor that has been charged.

Kentucky Sen. Rand Paul’s wife is accusing the media of making things worse for her husband as he recovers from an attack by a neighbor that left him badly injured earlier this month.

“It is incredibly hurtful that some news outlets have victimized Rand a second time as he struggles to recover,” Kelley Paul wrote in a piece published Tuesday on CNN.com.

Paul’s neighbor, 59-year-old Rene Boucher, has been charged with misdemeanor fourth-degree assault and was released from jail on a $7,500 bond after police say he tackled Paul on Nov. 3 as he mowed his grass.

Kelley Paul accused some outlets of “delighting in hateful headlines like ‘Not A Perfect Neighbor,’ and concocting theories about an ‘ongoing dispute,’ based on nothing more than speculation from an attention-seeking person with no knowledge of anything to do with us.”

After the incident, The Louisville-Courier Journal ran a story titled “Rand Paul is not a perfect neighbor, says community developer,” though the headline has since been changed.

The Washington Examiner wrote a story titled “Rand Paul and neighbor had ongoing dispute about yard waste before assault,” and other outlets also reported on a landscaping dispute.

“This was not a ‘scuffle,’ a ‘fight’ or an ‘altercation,’ as many in the media falsely describe it,” Kelley Paul wrote. “It was a deliberate, blindside attack. The impact left Rand with six broken ribs, three displaced, pleural effusion and now pneumonia. This has been a terrible experience; made worse by the media's gleeful attempts to blame Rand for it, ridiculing him for everything from mowing his own lawn to composting.”

She said Paul has faced complications during the recovery, including after making a trip to Washington for votes.

“As we walked through the airport returning from D.C., he was shivering with a 102.5 fever, and the next morning his internist diagnosed pneumonia in his damaged lung,” she said.

Since the attack, Kelley Paul said her husband hasn’t taken a “single” breath “without pain.”

“He has not had a single night's sleep uninterrupted by long periods of difficult breathing or excruciating coughing,” she said.

The exact motive for the attack remains a mystery.

According to the police report, Paul “told police that his neighbor came onto his property and tackled him from behind, forcing him to the ground and causing pain.” The report also said “the defendant admitted going onto Paul’s property and tackling him.”

Matthew J. Baker, an attorney for Boucher, has told Fox News the “very regrettable dispute” didn’t have anything to do with politics. Boucher is a registered Democrat.

“The unfortunate occurrence of November 3rd has absolutely nothing to do with either's politics or political agendas,” Baker said. “It was a very regrettable dispute between two neighbors over a matter that most people would regard as trivial. We sincerely hope that Senator Paul is doing well and that these two gentlemen can get back to being neighbors as quickly as possible.”