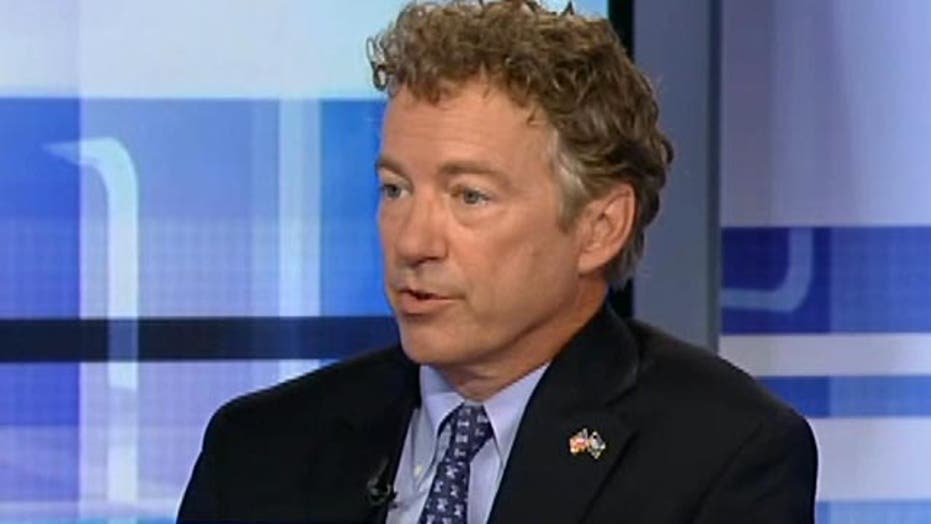 Rand Paul on sanctuary cities and 2016 and Hillary

The 2016 Republican presidential contender announced last week a proposal that would require state and local law enforcement to notify U.S. Immigration and Customs Enforcement (ICE) after the arrest of an illegal immigrant.

The legislation, known as the Protecting American Citizens Together Act (PACT Act) would also require law enforcement to detain or transfer an illegal immigrant if requested to do so by ICE.

The proposed legislation comes after a 32-year-old San Francisco woman was allegedly shot and killed by an illegal immigrant.

Juan Francisco Lopez Sanchez, who has pleaded not guilty, was in the country illegally and had been released from jail months before the shooting, despite a federal immigration order asking local authorities to hold him.

“Our nation now has whole cities and states who stand up and willingly defy federal immigration laws in order to protect illegal immigrants who have broken our nation’s laws,” Paul said. “This must end and it must end now.”