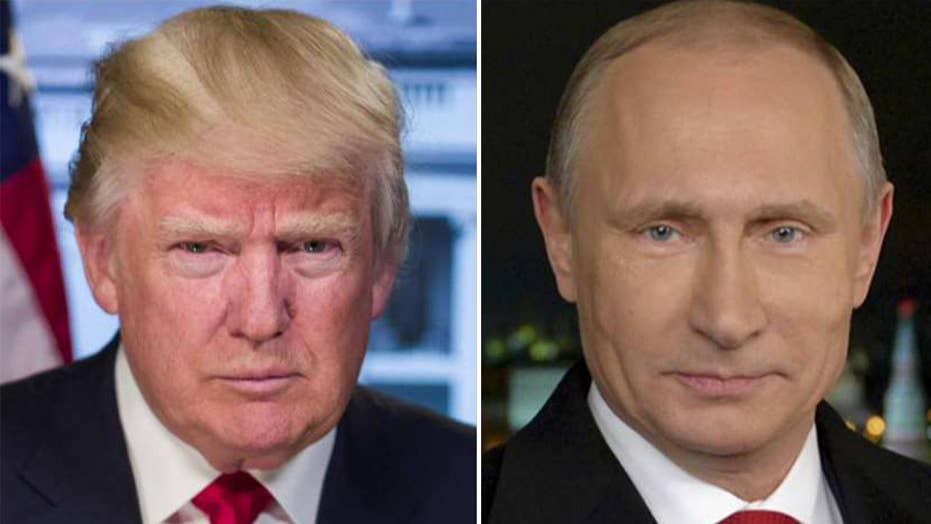 The call was confirmed to Fox News and other news outlets early Saturday afternoon by White House Press Secretary Sarah Sanders, who later said the intelligence was a CIA tip related to a series of planned bombings.

Sanders later released a “readout” of the call that stated the leaders agreed while talking that the sharing of the tip “serves as an example of the positive things that can occur when our countries work together.”

The Kremlin said Putin told Trump during the call that the information provided by the CIA also was sufficient to track down and detain a group of suspects that was planning to bomb the Kazan Cathedral and other sites in the city.

Sanders confirmed that suspects had been captured.

Russia’s Federal Security service said on Friday that seven people connected with ISIS were arrested for allegedly planning a series of explosions in the city’s busiest areas including Kazan Cathedral in St. Petersburg this past weekend.

The agency also said that a search of the suspects’ apartment in St. Petersburg found explosives, automatic weapons and extremist literature.

The Kremlin also said Russian law enforcement agencies will hand over any information they get about potential terror threats against the United States, as they have done in the past.

The conversation is the second phone call between the two leaders since Thursday.

Trump, since the start of his winning, 2016 presidential campaign, has spoken highly of Putin’s leadership style and has attempted to work with the Russian president on efforts to end the years-long Syria civil war.

However, the Trump presidential campaign is under several investigations into whether campaign associates colluded with Moscow to influence the race.