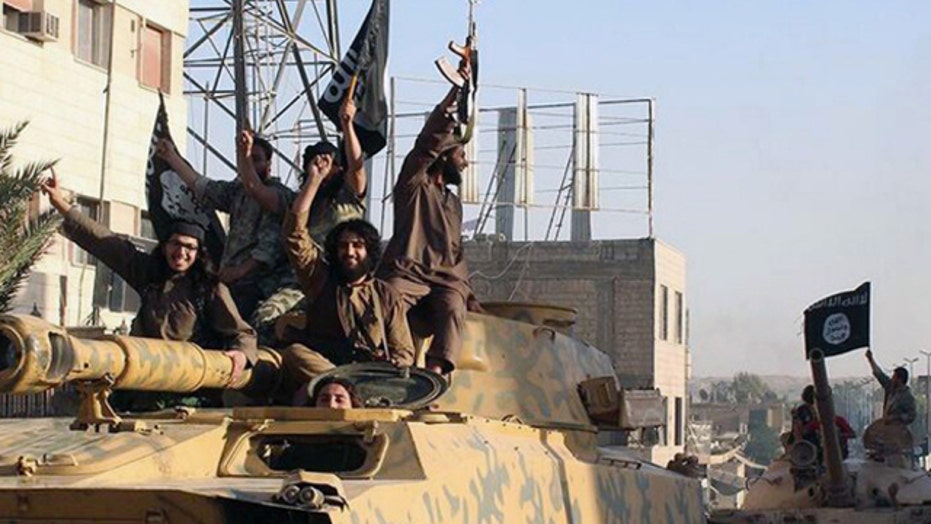 Peters: Islamic State the most brutal force I've ever seen

The prospect of having U.S. troops help stage a rescue mission in Iraq appears "far less likely," a Defense Department official said Wednesday following the return of a team of military personnel from a mountain where religious refugees had taken shelter.

Earlier in the day, the White House appeared to walk a fine line on the question of an evacuation attempt as armed U.S. troops arrived in Islamic State-held territory in northern Iraq to plan a possible rescue mission while officials insisted they would not be in a "combat role."

But Wednesday night, Pentagon Press Secretary Rear Admiral John Kirby said the troops sent to Mount Sinjar had "assessed that there are far fewer Yazidis there than previously feared" and those who remain are "in better condition than previously believed and continue to have access to the food and water we dropped."

As a result, Kirby said, officials had "determined that an evacuation mission is far less likely."

President Obama is expected to deliver a public statement from Martha's Vineyard at 12:15 p.m. ET on Thursday.

Obama announced last Thursday that he had authorized airstrikes in Iraq, he and his deputies have stressed that U.S. combat troops will not return to the warzone.

But amid concerns that the "limited" airstrikes against Islamic State militants are having a limited impact, his security team earlier reviewed new options for potentially rescuing the Yazidi refugees stuck on the mountain.

One of the options the administration had been reviewing, a White House official indicated Wednesday, could include ground troops -- just not combat troops.

"[Obama is] open to recommendations in which the United States is helping to facilitate the removal of these people from the mountain on a humanitarian mission, which we believe is separate than saying U.S. forces are going to be redeployed in Iraq in a combat role to take the fight to [the Islamic State]," Deputy National Security Adviser Ben Rhodes said Wednesday.

Rhodes said the options being considered included a series of airlifts but also "corridors" -- a term for creating the conditions on the ground so the refugees can flee to safety.

Asked if the president would authorize ground troops to establish such a corridor, Rhodes said the decision has not been made yet.

But he stressed that "what [Obama's] ruled out" is bringing U.S. forces into combat on the ground.

Even with the evacuation mission sidelined, the administration may be walking a fine line as it considers its next moves.

The total number of additional U.S. troops in Iraq is now 864, after 129 U.S. military advisers were dispatched there on Tuesday. The military advisers were in Irbil assessing how to aid the thousands of Yazidis trapped on Mount Sinjar; they flew in V-22 Ospreys which will remain in the Irbil region for now.

While their mission is not a combat mission, the troops are armed and have the ability to protect themselves. Any humanitarian operation such as this comes with the risk that U.S. forces could get pulled into combat.

Privately, Pentagon planners do not know how the U.S. can stop the militants without putting boots on the ground. Senior U.S. military officials say they feel they've been given a mission without a strategy and that right now they are simply playing "whack-a-mole" against a very limited set of targets.

In recent days, U.S. fighter jets have bombed 17 targets to protect the Kurdish capital Irbil from IS fighters.

State Department spokeswoman Marie Harf reiterated Wednesday that "the president has been very clear that we will not be sending troops back in combat roles."