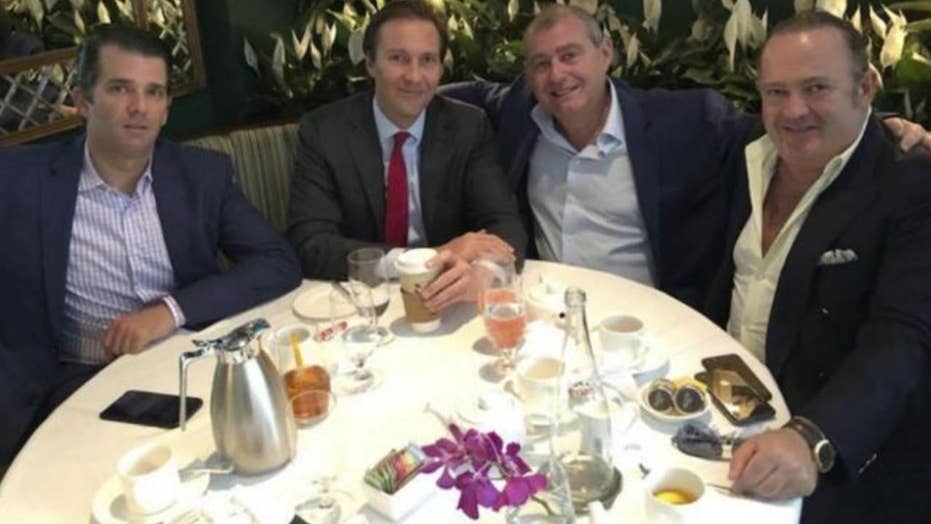 Federal authorities were waiting for Lev Parnas and Igor Fruman at a Washington, DC area to arrest the pair for illegal political contributions. Both men have been linked to Rudy Giuliani's investigations of the Bidens in Ukraine.

Two associates of Rudy Giuliani made their initial appearance before a federal judge on Thursday, less than 24 hours after they were arrested on campaign finance violations while trying to board an international flight with one-way tickets at Dulles International Airport outside of Washington D.C.

Lev Parnas and Igor Fruman appeared in federal court in Alexandria, Va. to face a four-count indictment alleging that they, along with two other co-defendants, conspired to violate a ban on foreign donations and contributions in connection with federal and state elections.

The two men remained mostly silent during their appearance before U.S. Magistrate Judge Michael Nachmanoff, who set their bond at $1 million each. Nachmanoff said he was reluctant to agree to a bond package but noted the mens' defense team and the government had agreed on it.

Terms of bond included $1 million per suspect and the surrender of passports and all other travel documents, as well as travel restricted to the Southern District of Florida and Southern District of New York. They also will be subject to home detention and GPS monitoring, according to the agreement.

Both Parnas and Fruman are expected to remain in custody for at least the remainder of the day, until the terms of the bond are met.

"You will be stuck here in limbo if the terms of the bond are not met," Nachmanoff said.

The next hearing was scheduled for Oct. 17 in the Southern District of New York, where their indictments originated.

“Protecting the integrity of our elections and protecting our elections from unlawful foreign influence are core functions of our campaign finance laws,” Manhattan U.S. Attorney Geoffrey Berman said at a news conference Thursday.

Berman added: “As this office has made clear, we will not hesitate to investigate or prosecute those who engage in criminal conduct that draws into question the integrity of our political process, and I want to add that this investigation is continuing.” 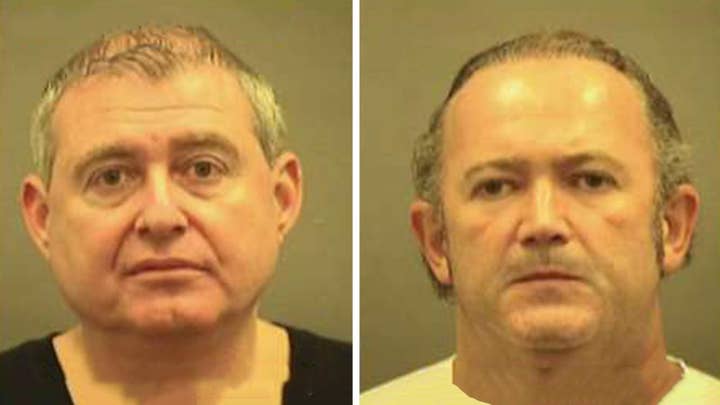 Parnas, 47, and Fruman, 53, created Global Energy Producers (GEP), and allegedly funneled money through the company. This included contributions of $325,000 and $15,000 to committees in May 2018, “to obtain access to exclusive political events and gain influence with politicians,” the indictment says. They allegedly incorporated GEP around the time the contributions were made.

According to Federal Election Commission (FEC) records, GEP contributed $325,000 in May 2018 to pro-Trump super PAC America First Action. In a statement, a spokesperson for America First Action noted that a complaint was filed with the FEC in July 2018 over this contribution, as well as separate litigation in Florida. The statement said that the money was placed "in a segregated bank account," was not used, and "will remain in this segregated account until these matters are resolved."

President Trump said Thursday afternoon he does not know Parnas and Fruman, but might have met them at a fundraiser at one point.

Parnas and Fruman were featured in a photo alongside the president's son, Donald Trump Jr., at a table apparently at the Beverly Hills Polo Lounge. The photo was posted on Parnas' Facebook page on May 21, 2018.

Both men are accused of making false statements related to the nature of GEP and the contribution in response to the FEC complaint.

Additionally, contributions from Fruman were allegedly made in Parnas’ name to get around federal contribution limits, and several contributions were made under the name "Igor Furman" instead of "Fruman," allegedly "to conceal the source of the funds and to evade federal reporting requirements."

The indictment also claims that Parnas and Fruman “committed to raise $20,000 or more for a then-sitting U.S. Congressman” whom they had met at a political event. The congressman wasn't identified by name in court papers, but the donations to "Congressman 1" in the indictment match campaign finance reports for former Rep. Pete Sessions, a Texas Republican who lost his re-election bid in November 2018. 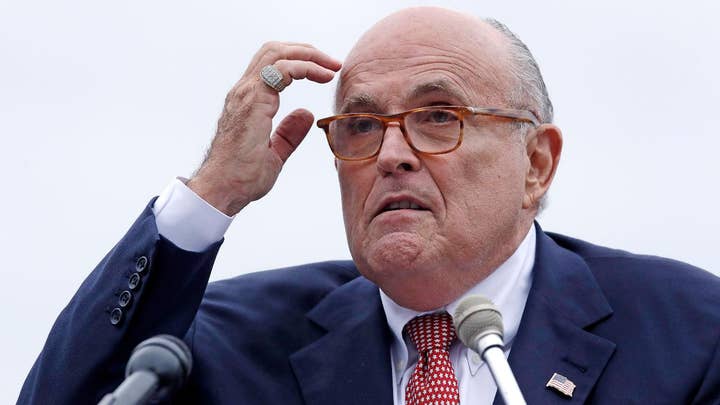 At approximately the same time that they made that commitment, Parnas and the Congressman discussed the Congressman's assistance in securing the removal of the then-U.S. Ambassador to Ukraine, and this was done "at least in part, at the request of one or more Ukrainian government officials," the indictment alleges.

The indictment also lays out allegations of a separate "foreign national donor scheme" involving the two men and two other defendants, American David Correia, and Ukrainian national Andrey Kukushkin. The foursome allegedly engaged in a conspiracy to make political contributions funded by an unnamed Russian national to obtain influence with political candidates regarding policies to benefit a recreational marijuana business venture, and to help obtain retail marijuana licenses.

House Democrats on Thursday subpoenaed Parnas and Fruman as part of the impeachment inquiry into Trump. The subpoenas are for documents that the men have so far failed to provide to Congress.

Parnas and Fruman were involved in Giuliani's efforts to urge Ukrainian officials to investigate Trump's political rival Joe Biden and his family. That effort was also discussed by Trump in a July call with Ukraine's president and is at the heart of the impeachment probe.

Giuliani told Fox News that he represents Parnas and Fruman on a separate matter and called the timing of their arrest and indictment "suspect." He added that he "will reveal relevant facts very very shortly."

Giuliani, a personal attorney for Trump, said he finds it "extremely suspicious" that the arrest was made in connection with an FEC matter that has yet to be resolved, and which Giuliani said is a civil matter. He acknowledged, however, that both men "logistically helped" in his collection of evidence against Hunter Biden, and that they helped connect him with Viktor Shokin and Yuriy Lutsenko former Prosecutors General of Ukraine.

Ukrainian President Volodymyr Zelensky, whose July phone call with Trump jumpstarted the impeachment inquiry, denied on Thursday knowing Parnas and Fruman and said Washington so far has not requested any documents from him regarding the two men.