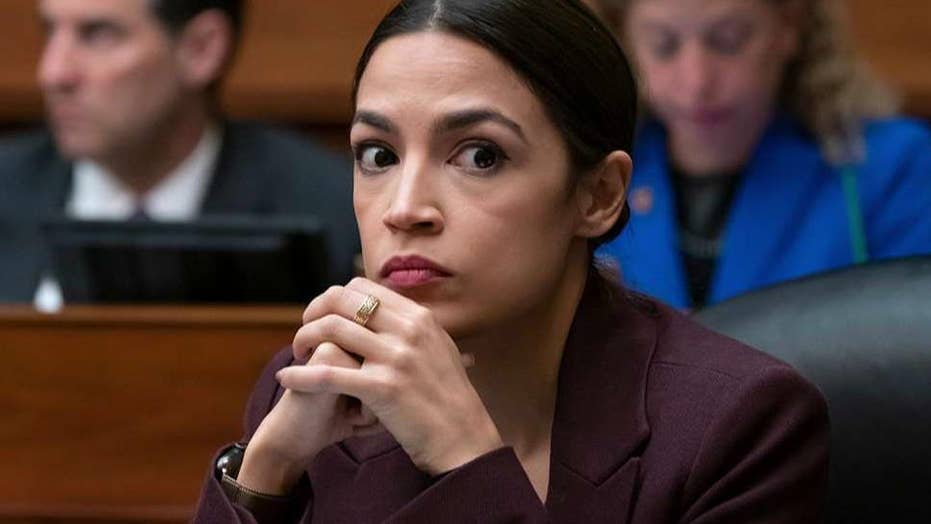 Far-left U.S. Reps. Alexandria Ocasio-Cortez of New York and Ayanna Pressley of Massachusetts are pushing back against a plan by the House Democrats' campaign arm to block progressive challengers from running against incumbents in party primary elections.

Ocasio-Cortez and Pressley, both insurgents who ousted entrenched members of their own party, criticized a recently disclosed policy by the Democratic Congressional Campaign Committee (DCCC) to blacklist political firms that agree to work against sitting members of Congress, calling the policy "harmful to the party."

“The @DCCC’s new rule to blacklist+boycott anyone who does business w/ primary challengers is extremely divisive & harmful to the party," Ocasio-Cortez, who unseated 10-term incumbent Joe Crowley, tweeted Saturday.

Ocasio-Cortez and fellow progressive challengers have campaigned to upend a system of politicians with big corporate ties. Crowley, who before his defeat was considered a possible successor to then-House Minority Leader Nancy Pelosi, has since taken a lucrative job as a corporate lobbyist — appearing to prove the challengers' point.

The freshman then recommended a pause in all donations to the DCCC and encouraged donors to give directly to the “swing candidates” themselves. She provided a short list of swing-seaters with links to their donation pages.

"If the DCCC enacts this policy to blacklist vendors who work with challengers, we risk undermining an entire universe of potential candidates and vendors -- especially women and people of color -- whose ideas, energy, and innovation need a place in our party," Pressley wrote.

The DCCC previously stated in a letter that its core mission is keeping the party's newly won majority in the House by “electing House Democrats, which includes supporting and protecting incumbents.”

Pressley warned of the “chilling effect” that creating such rules could have on the future of the Democratic Party, and called for “diversity.”

“Our diversity is our strength,” she wrote. “When a candidate takes the risk to run, Democrats should not be in the practice of creating litmus tests or roadblocks that have a chilling effect on new candidates or those who would invest their sweat equity in support.”